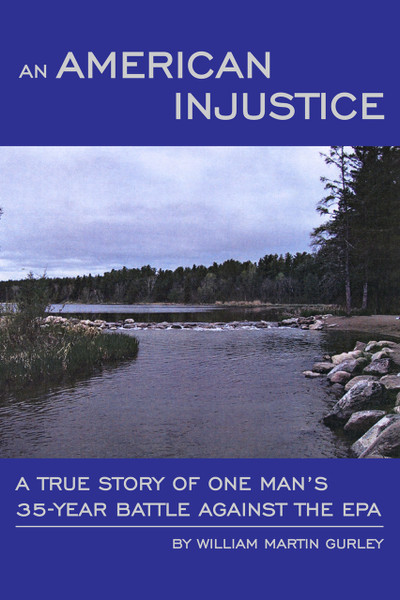 The American Dream: to start from the ground up, succeed at business, and never have financial worries. William Martin Gurley was a hard worker and a smart businessman. He lived the proverbial American Dreamearning an honest living by disposing of waste oil for local companies and the government. He was able to provide for his family and establish a ministry to help churches in need. He played by the rules.

But the American Dream soon turned into the American Nightmare. Years later, upon the establishment of the Environmental Protection Agency, Gurley found himself in the center of lawsuits. His waste oil disposal was in violation of the EPAs new rulesrules that were not in place when the oil was disposed. Criticized by the government that once employed him, Gurley faced an uphill battle to repair his shattered dream. His story recounts thirty-five years of bankruptcy, confiscation of assets, and laws applied retroactively. It is one mans battle for justicea battle that continues to this day.

A native of Marshall County, Mississippi, William Martin Gurley currently resides in Tennessee with his wife, Sarah. He is a member of both the Covenant Baptist Church of Collierville, Tennessee, and the First Baptist Church of Leesburg, Florida. When not involved with the church, Mr. Gurley enjoys golf, fishing, and travel.