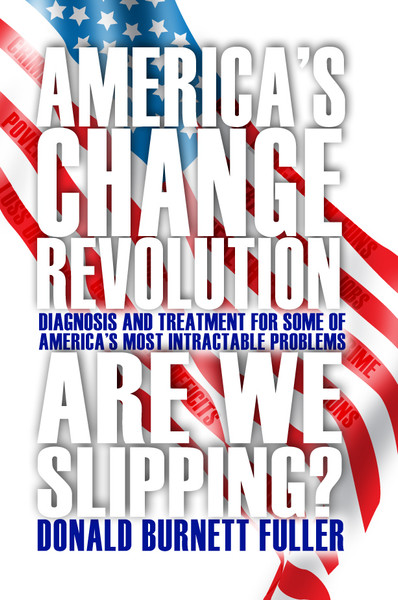 Diagnosis and Treatment for Some of America’s Most Intractable Problems

Written out of a concern about the direction of his country, America’s Change Revolution is Donald Burnett Fuller’s plea and set of proposals for how to change that direction and make the United States better for its citizens today and in the future. Thoroughly researched and thoughtful in tone, Fuller tackles issues of education, political process, budget deficits, and other topics and offers a set of common sense solutions for discussion - and he hopes more Americans will join in.

Donald Burnett Fuller is a retired senior corporate executive having held positions of Sr. Vice President, Managing Director and CEO within the medical device industry based both in Europe and the U.S.

Fuller and his wife, Nancy, currently reside in Colorado. They have three adult sons, two daughters-in-law, and four grandchildren. Fuller has written one prior book, a family memoir entitled Sunday Afternoons, Monday Mornings, privately published in 2015.