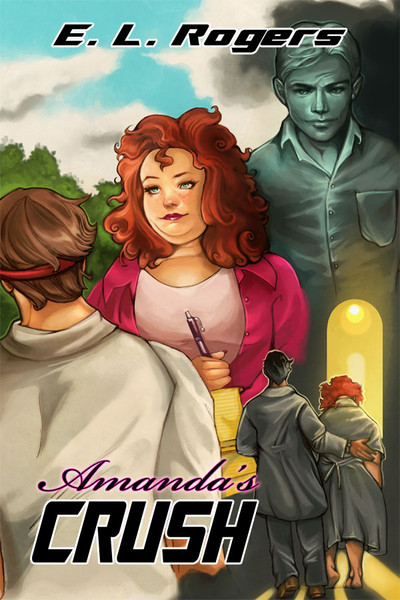 Amanda Gorely is a sportswriter for one the countrys largest newspapers. She is a big woman, to say the least. And she has this amazing crush on Mike Hall, the volleyball coach for one of the teams she is covering in Northeast Ohio. Through both their jobs, they learned of each others existence and became buddies. Unfortunately for Amanda, this developed into a head-over-heels feelings for the hunky coach, something unreciprocated by him, which leads to a poor judgment on her part when she learns of the coachs flirting in a bar through a colleague, which leads to her writing scathing letters about Mikes character to his superintendent and athletic director, which leads to Mikes character and professionalism being questioned by them, which leaves Mike vowing to avenge his mistreatment to the ends of the Earth. Oh, what has poor Amanda gotten herself into?

E.L. Rogers has a Bachelor of Arts degree in Journalism from the University of North Carolina at Chapel Hill. He worked as a sportswriter for four newspapers, one of which is the Cleveland Plain Dealer. He already has four books under his name.