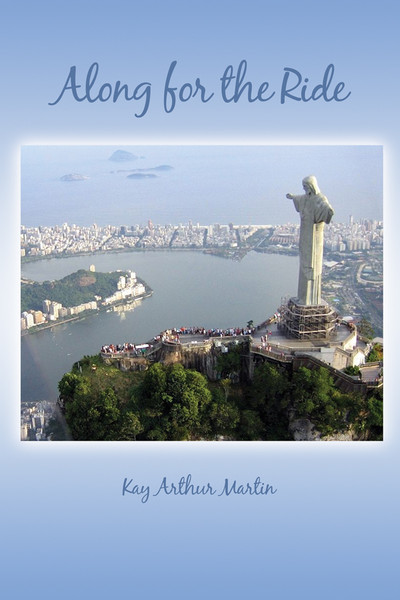 Along for the Ride
by Kay Arthur Martin

Life, they say, is a journey and Kay Arthur Martin has taken this aphorism literally to the heart. His expedition began at the age of five when he left his hometown in Kansas, without the slightest idea that he would go beyond the borders of the United States of America and go as far as Australia, United Kingdom, Ireland, Africa, Brazil, Argentina, Hawaii, Russia and Asia.

Along for the Ride, however, does not only detail Kay Arthur Martins travels, it also reflects the life of a man whose courage and will to live have driven him to survive the most harrowing challenges he has encountered, as well as compelled him to discover joy, love, and lifes lessons in different forms. And in this book, he beckons the readers to come along for an exciting and gripping ride as he travels down the memory lane to the different places and events that have brought him to where he is today.

Kay Arthur Martin graduated from St. Monica high school in 1958 and completed college ten years later due to the fact that he was raising his family and was shuttling in and out of the United States. He received his degree in mathematics from California State University in Los Angeles, and is currently trying to understand string theory from a non-experts point of view. He and his wife, Joan, still live in the same Swiss chalet in Los Angeles that they have called home for the past forty-five years, where they also raised their wonderful children: Teresa, Danny, Margaret, and Mike.