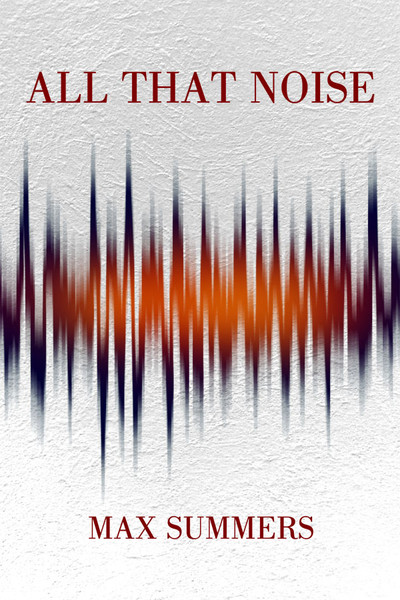 All That Noise
by Max Summers

To those very few people who know Paul Trenton, he is a nice, quiet, hardworking young artist who, despite his extreme shyness, seems well adjusted. For Paul, nothing could be farther from the truth. His inner reality is a violent storm of fear, anguish, and severe self-loathing. He is a man plagued by the noise of a past he cannot quiet and enslaved to the self-hating monster that seethes within, a monster spawned by the beast that calls itself his father and the ghost that calls itself his mother.

When Paul loses his position as a graphic artist in a New York advertising agency, the one job he believed would help him climb from the morass of his mediocre life, the blow proves to be too much. Thrown into deep despair, he turns to the only companions he believes he has ever had―a tiny cigarette lighter and a straight razor. Fire and steel, for the monster covets pain above all things. The monsters ritual is interrupted by Pauls neighbor Eddie, an eighteen-year-old walking hormone, who invites Paul to a new nightclub in the city. He agrees to tag along because he knows that at the club, he can have another date with the only mistress he has ever known: alcohol. The nightclub will be the perfect place for him to drink himself into oblivion, and that is exactly what he plans to do.

Until the girl with the sapphire eyes comes dancing into his life.

Mesmerized by her incredible beauty, alluring grace, and their fateful stare, Paul abandons his suicidal intention but finds himself in mortal peril anyway. But he is recued! After his rescue, life for him becomes very surreal. He learns that this beautiful lady and her two male companions arent from our neck of the woods. In fact, they arent from our galaxy! Who are they? What do they want? Why are they here on Earth? He can hardly believe their outlandish plan and their intention for Paul to help. Yet the girl with the sapphire eyes wants to help Paul first. Thus begins Pauls quest to escape the conflicted monster he believes he has become, which takes him from a dark alleyway to the height of the fashion world, to a showdown with the beast that calls himself his father, and the ultimate, bloody confrontation with himself, then onto the most profound event in human history.

All That Noise is a deeply introspective, emotionally-honest journey through one mans pain that is sometimes quirky but is a serious exploration into the tragic effects of child abuse on the human psyche. This story confronts the permanence of pain, mourns the loss of self, and poignantly reminds us of what could have been, yet ultimately reveals the responsibility of choice, the necessity of forgiveness, and the liberating power of love.

All That Noise is Max Summerss first novel. He lives in Pennsylvania with his family.