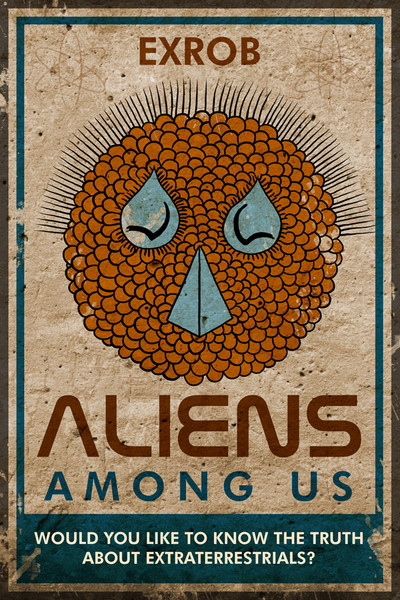 Aliens Among Us: Would You Like to Know the Truth About Extraterrestrials?
by ExRob

Aliens are depicted in many science-fiction books and movies as invaders of planets, conquerors of the universe who either destroy the planets inhabitants or held the locals captive to be slaves. But to ExRob, aliens are far from that description based on his own firsthand experience with one.

In Aliens Among Us: Would You Like to Know the Truth about Extraterrestrials? ExRob documents some of his encounters for the past thirty years with the alien lifeform that he and his brother call Grenoa, including the times when they almost had a brush with death. He kept these incidents for a long time but breaks his silence now because this is the right moment to reveal some of the most daunting secrets people around the world should know, while also discussing why humans may be responsible for their own breakdown and eventual demise.

Until what point do these aliens affect the lives of human beings? Does their presence on Earth have to do with the biblical prophecy of the end-times? What can humans do to prevent a catastrophic event foreboded to happen in the near future?

ExRob is a freelance sign painter and was responsible for the hand-painted big insignias of several law enforcement departments in New York and Boston. He has also designed some of the patches and insignias for NYPD.

Everything You Need to Know About Nature - eBook

Everything You Need to Know About Nature