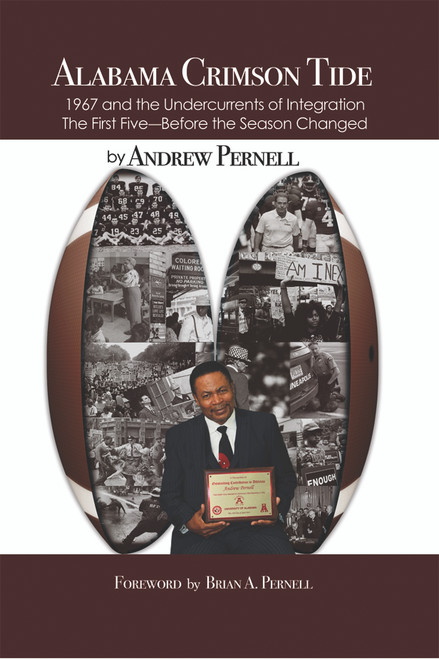 Alabama Crimson Tide: 1967 and the Undercurrents of Integration - The First Five - Before the Season Changed

Mr.Pernell was born in the basement of the segregated Bessemer General Hospital in Bessemer, Alabama, on January 19, 1948. Mr. Pernell came of age in the '60s during the Civil Rights Movement. He attended the segregated Robertstown Negro Elementary School in Bessemer.

After completion of elementary school, Mr. Pernell was bused to the all-black Brighton High School in Brighton, Alabama, to continue his secondary education. While in high school, Mr. Pernell participated in numerous marches and sit-ins in the Birmingham (Alabama) area. Mr. Pernell excelled in both academics and football.

Mr. Pernell is currently pursuing a doctoral degree in Organizational Leadership. Mr. Pernell is married to Chelsea and they have three sons: Brian Andre is a graduate of Columbia Southern University (Alabama) and is married to Brandi; they have two daughters-Braelyn and Gianna; Leland Christopher is a graduate of the University of Cincinnati (Ohio); and Brian Christopher is a student-athlete at Clarion University (Pennsylvania).

A Tao for Now: The Music of Lao-Tsu

Black Cop: One Officer's Struggle Staying Committed to His Community While Fighting Systemic Racism in the Police Department