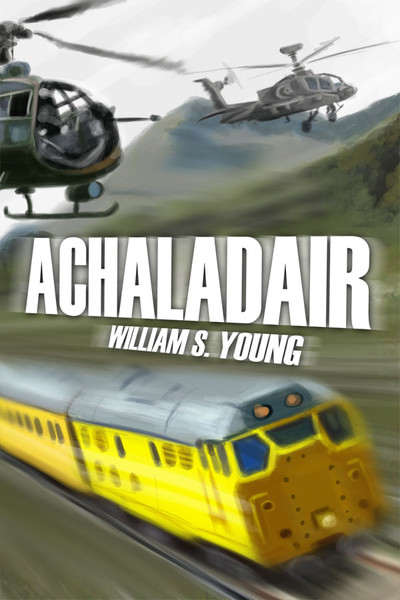 All is not always what is seems, even at the picturesque Bridge of Orchy Hotel in the Scottish Highlands, where local lads can be found gathering at the local pub and where the unexpected rarely happens.

It was a cold, dark, dreary night, and the mist was hanging over the Bridge of Orchy Hotel And so begins this exciting, Cold War-era tale that opens with three, local gents and a stranger in a bar and quickly escalates into a fast-paced thriller, complete with Russian spies, the IRA, and British M16 agents.

Do British Agents Tom Sommerville and Frank Mulholland and a lively group of local lads have what it takes to get to the bottom of infiltrating Russian spies and thwart an assassination attempt on President John F. Kennedy? Action-packed and stimulating, ACHALADAIR builds anticipation until the final pages of the book, taking the reader on an exhilarating, satisfying ride.

William S. Young was born and raised in Paisley, Scotland. He worked as an engineer with Babcock and Wilcox in the town of Renfrew for thirty-two years before moving to the town of Hillington in Glasgow, Scotland, where he worked at the Rolls Royce aerospace plant before retiring two years ago. He and his wife currently reside in Paisley, Scotland. He now enjoys playing golf at the Kilbirnie Place Golf Club in North Ayrshire and climbing the Scottish mountains.