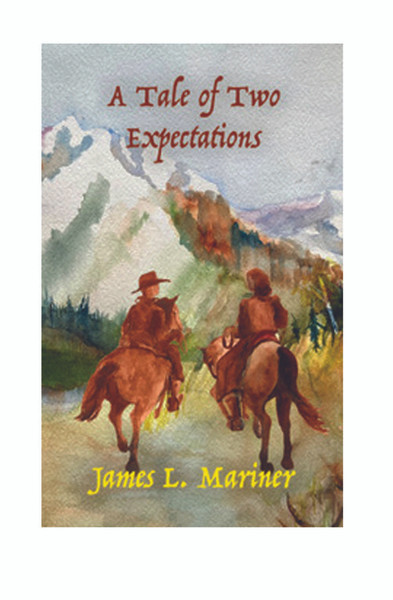 It is 1884 and Caleb O’Rourke leaves his home in Connecticut to seek his fortune. Still enamored with his dime novel visions of the “Wild West,” he drifts westward over the next couple of years. Eventually arriving in Montana, he is “discovered” by Matthew Rangely, and becomes the cowboy of his visions on the Circle-T Ranch.

Five years later, much to her parents’ objections, a young, willful, well-to-do, city-bred Marie Devereaux, boards the new westbound Northern Pacific train to take a position as a schoolmarm in Missoula, Montana. On the train, she encounters the very same Matthew Rangely, who suggests she consider finding her place in his little town. Fascinated by his description of life in Weston, including the need for a teacher, Marie decides to take him up on his suggestion.

On the wagon trip to Weston with Rangely, Marie meets her first cowboy, Caleb, and is intrigued by this tall, taciturn young man. Her skill as a teacher and his willingness to be stimulated intellectually result in changing expectations for both of them, and therein lies the tale of two expectations.

James L. Mariner is a former Peace Corp Volunteer (Ghana) and secondary school science teacher. A native Kansan, he fell in love with the Rocky Mountains as a teenager, eventually bringing his growing family to Colorado in the late ’60s. Until now, his writing contributions have all been professional articles and texts. Now retired, his novel, A Tale of Two Expectations, is his first attempt at creative writing. His leisure time activities include reading, sailing his model yacht, and engaging in volunteer activities. He can be contacted at jmariner@gmail.com.