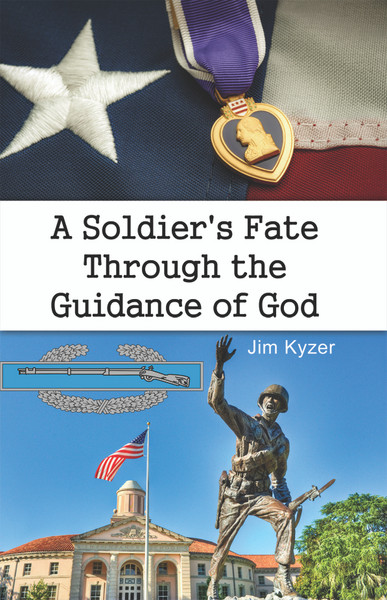 A Soldier's Fate Through the Guidance of God

This memoir captures the memories of a son, father, and American soldier. In it, Kyzer recounts his days as a youth in the ’40s and ’50s in the South. As he enters adulthood, the conflict in Viet Nam begins to escalate, and he finds himself in the middle of combat, moving up through the ranks, retiring from the Army at the rank of Command Sergeant Major (CSM) after 26 years. His experiences in the military, at home and abroad, are described in detail, as life with family also becomes complicated. Writing this book helped the author to heal from post-traumatic stress disorder (PTSD). Through writing and remembering, Kyzer realized what a blessing faith in God can be.

Jim Kyzer, CSM (R), grew up in Newberry, South Carolina. He joined the Army at 18, becoming a paratrooper. In the military, he earned his high school diploma through the Army GED program and eventually earned a college degree. He was assigned to Fort Richardson, Alaska, where he enjoyed hunting caribou, moose, bear, and rabbits, and fishing for salmon. He also learned snow-skiing, mountain climbing, repelling, and glacier walking. He worked for the Noncommission Officers/ Petty Officer Association (NCOA/PONCOA) upon retirement, and was a Commander for a Purple Heart Association and the Combat Infantrymen’s Association. He survived lung cancer, caused by exposure to Agent Orange in Viet Nam, and is now enjoying retirement with his wife, traveling with her when he isn’t writing.