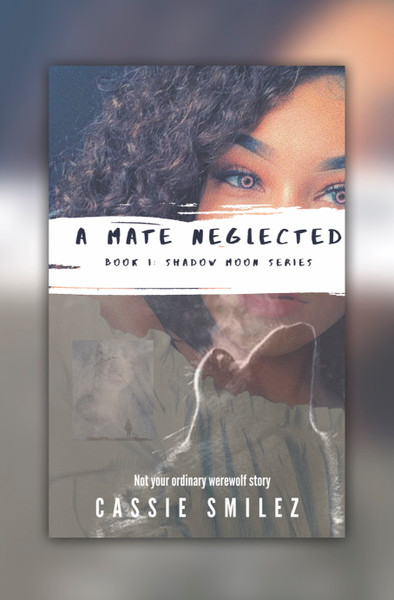 Born but not treated as the Beta of Shadow Moon Pack’s daughter, Nova Ryan is misunderstood, mistreated, and betrayed by those closest to her. Many she-wolves in the pack seek refuge in the hopes of finding their mate. When Nova discovers who the Moon Goddess has fated her mate to become, she will be stunned! With the assistance of  unforeseen allies, will Nova ever get an opportunity to redeem herself? Will the road of self-discovery end in tragedy? Will the past reveal a promising future for Nova and her allies?

Traditions become tainted and throws the pack and their allies off their destined axis. Dive into this gripping tale of arranged relationships, unforeseen treachery, and ultimate betrayal. Be prepared to immerse yourselves in the world of paranormal activity. You have never witnessed the extremes one will go to when they want their way. Nothing is off limits!

After growing up in a small town in Louisiana and being one of ten children, Cassie Smilez has learned to embrace the many life lessons thrown at her during her tenure in the United States Army. Her life is extremely busy as a wife, mother of two children, and caregiver to her own mother. She loves every day of it too!

Currently Cassie Smilez is serving on Active Duty in the military nearing seventeen-years. She was first inspired to write during the lock down months of the COVID-19 pandemic. Between a husband, busy two-year-old, and an energetic seven-year-old it left little time for herself. She felt that writing was the best outlet to express her own self, take a vacation outside of her busy reality, and occupy her time inside a very vivid imagination. She was drawn to utilizing supernatural beings to address the seriousness of what we face in society today in a manner that everyone could understand. Making the assumption that metaphorically speaking on influential controversy we face as a society, she noted that it would capture the attention of our leaders of tomorrow. Cassie has written many books that all have the intention of making you laugh, cry, and relate in sentimental ways you never thought possible!