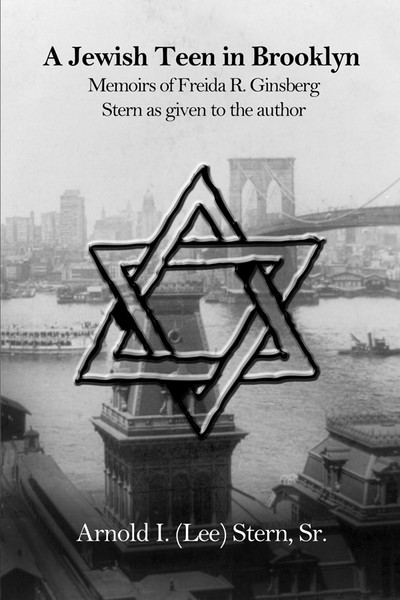 A Jewish Teen in Brooklyn: Memoirs of Freida R. Ginsberg Stern as given to the author
by Arnold I. (Lee) Stern, Sr.

A Jewish Teen in Brooklyn follows the memories of Frieda Stern, who grew up in a whirlwind of Hungarian dancing lessons, trips to the Chinese laundry, and other vividly described vignettes of daily life in Brooklyn at the turn of the last century. This series of remembrances stitches together a picture of family life in the tenements, teaching readers about Jewish observance and the value of the small things in life.

Arnold Stern is a retired sergeant, first class, from the U.S. Army. He retired in 1972 after 24 years of active service, serving as a senior supply specialist. During his military service, Stern received several awards and commendations, including six Army Commendation Medals. Upon retiring from active military service, Stern began work for the government civil service and finally retired in 1987.