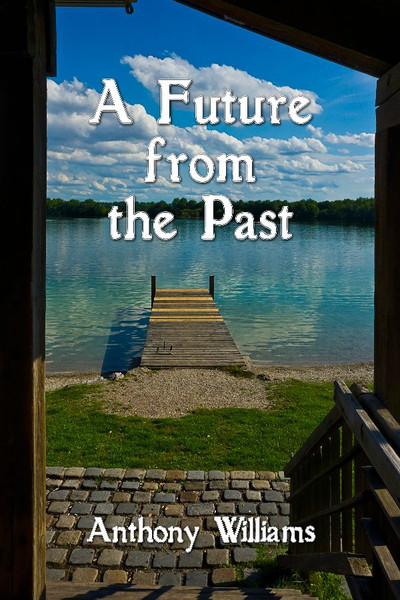 A Future from the Past
by Anthony Williams

Susan Drayton is an attractive 18 year-old. Her future is promising, and quickly turning out to be full of surprises. The mysterious twist and turns of A Future From the Past begin when she is asked to accompany her employer on business to the locally famous Henbury House.

The Henbury House becomes the center of Susan Draytons new romance and career. It will soon become evident to Susan Drayton and her fellow characters that this house is the center of much more and the houses history may determine her future. Or, is it the reverse order?

A native of Lichfield, U.K., Anthony Williams came of age in during World War II, receiving both public and private educations between 1934 and 1946. As an adult, he served in the RAF in the U.K. and in Iraq. Williams also spent time in the Jersey Civil Service. He completed the first version of his A Future From the Past manuscript shortly after retiring in 1992 in addition to another publication of short stories.

Williams currently lives in Jersey where he has lived for the past 59 years with his wife, Joyce Margaret. When not writing, he enjoys stamps, steam trains, and the music of the Glen Miller era. He is a member of the International Society of Poets, and is a proud member of The Royal British Legion, which provides assistance of many kinds to British military service members.

A Beckoning from the Past

Windows from My Past

The Tall Tales of Teddy and Tubbles: A Trip to Mars

I Just Want to Play!: Dedicated to My Son, Chase

Merwin the Mouse And The Music Room: Merwin Learns About the Piano

Dixie the Farm Dog: Dixie comes home to the farm

Tina & Tara on Top of the World: Our Little Parade

Tantalo and the Moon

Good Morning!: The Story of a Ladybug and a Caterpillar