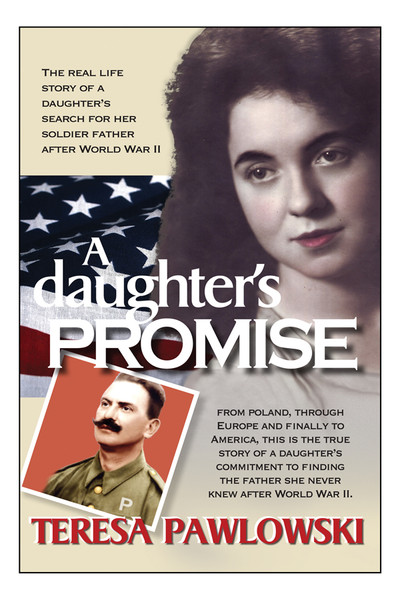 A Daughters Promise
by Teresa Pawlowski

On February 20, 1945, the Borowczyk family received a letter from Jozef Borowczyk, their father and husband. The letter announced hope of Jozef's release from a German Concentration camp at the end of WWII. Jozef had been held a prisoner for over six years. But Jozef Borowczyk never came home.

This is the true story of Teresa Borowczyk-Pawlowski's search to find what happened to her father and her promise to never stop searching and to never lose faith in herself or mankind.