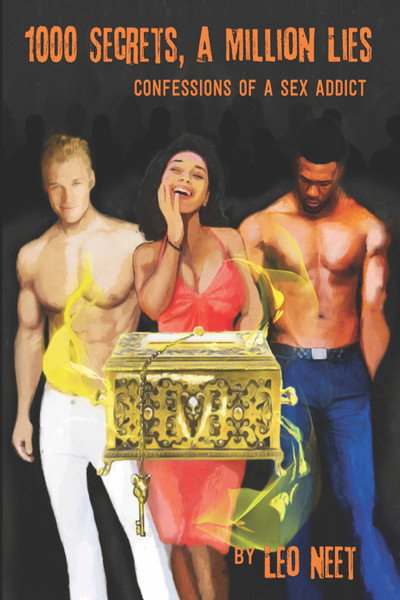 1000 Secrets, A Million Lies: Confessions of a Sex Addict is about two Navy Seals who accidentally

have sex one night after reconnecting, having been estranged for fifteen years. Their lives unravel as

they try to hold their marriages together while realizing they may have some sex addiction issues.

A young entrepreneur pilot as he climbs and descends. The length that someone is willing to go to,

to get exactly what they want. The tender, big, soft hurts that can’t be escaped while living inside a

secret. This story is interesting, relevant, and unique because it deals with friendship, love, spirituality,

God, and survival, all through the lens of sex addiction. The message (if there is one): Don't punk out

and give in to hate. Fight for friendship, love, and God, and never, ever, ever give up!

Leo Neet is a recipient of the MLK Drum Major for Volunteer Services award and enjoys working with any organization that is building homes for the homeless, especially homes with renewable

defending the unfortunate, uneducated, and underprivileged. He is a Navy Veteran and a proud

father of two with two wonderful, talented grandchildren. He is a graduate of the University of

Kansas with a bachelor’s degree in Theater/Film and Communications. Leo also has been in