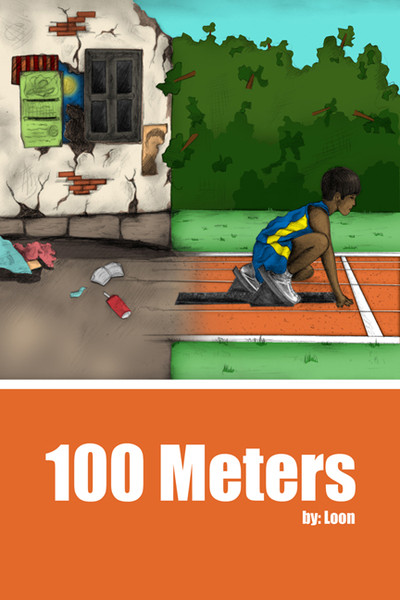 Cisco, an African-American youth, has excellent potential as a runner. Eventually, however, the picture changes when he gets mixed up in the street world of sex and drugs.

At the beginning of high school, Cisco is setting records on the school track team and is dating the beautiful runner Dana. But when he learns she wants to remain a virgin until she is married, Cisco dumps her. He starts hanging out with a rough crowd and becomes 100 percent street. He begins selling marijuana and guns and also becomes quite promiscuous.

George Swift, Ciscos friend and mentor, was also a track star in his day but gave up that lifestyle to drugs. In fact, George had qualified for the 1968 Olympics but did not show up for it. Regretting the choices he made in his life, George desperately tries to prevent young Cisco from following down that same path. But will he succeed before its too late?

Describing the theme of his book as personal triumph of the mind, body, and spirit as a result of faith in God, Loon currently resides in Shreveport, Louisiana, with his wife, Angela, and his son, Tyler. He wrote this book based on personal experiences he had growing up, including his involvement in track.

Around the World in 12 Years and 12 Square Meters: Memories and Insights - eBook

Around the World in 12 Years and 12 Square Meters: Memories and Insights

Journey of a Lifetime: The First 100 Years