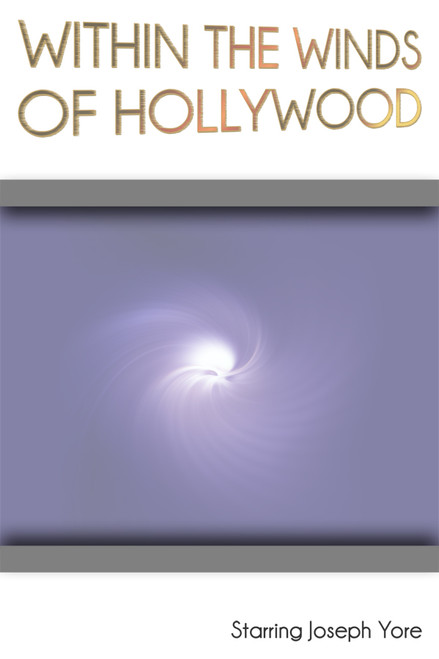 WITHIN THE WINDS OF HOLLYWOOD
Starring Joseph Yore

Emporium, Pennsylvania, bruised his ego and broke his heart. So Joseph Yore left his hometown to go West in San Francisco, California to start his life anew. But fate took him to Hollywood in the fifties, sixties, and seventies where he became an aspiring singer-songwriter and actor.

The winds of Hollywood brought him face to face with the rich and famous, among them Marilyn Monroe, Lucille Ball, Elvis Presley, Sam Cooke, Frank Sinatra, Barbara Streisand, John F. Kennedy and Lyndon Johnson. Fame, however, really never smiled for him. Behind tinseltowns glitter and glamour is an ugly side of intrigue, controversy, and a kind of culture that favored only a few.

While a high school girl shoved him aside for a jock in Emporium, a woman in Beverly Hills gave him the love he wanted all his life to have. Her sudden death brought him emptiness that could never be filled, but his heart started to yearn for his old hometown where kinship for the people, the rivers, the mountains, and the spirit of the dead all around run deep. In the end, the winds of Hollywood took back to Emporium, Pennsylvania, the home of many unsung war heroes.

Joseph Yore a worked for Sylvania Electric before joining the Marine Corps during the Korean War. In 1958, he left Emporium, Pennsylvania, for Hollywood, where he appeared as an extra in both the movies and television shows. Forty years ago he did a documentary, The Diary of a Hippy, which won the Telly Award, the Davey Award, and the Communicator Award.