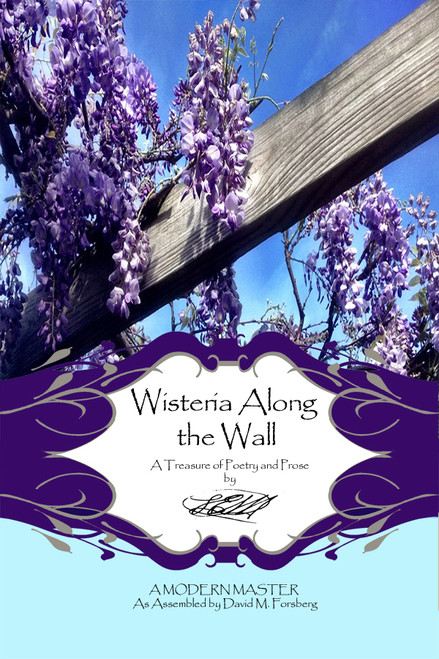 Wisteria Along the Wall
by David M. Forsberg

Wisteria Along the Wall chronicles author David M. Forsbergs uncle, Lewis Ensign Madden (Louie), his poetry, and his miscellaneous writings. In his collections, he gives his opinions on a variety of subjects. He is clever with words and expresses an endless array of emotions. Although he rarely felt the urge to have any of his poems published, David found that not to share his works with others would be quite a loss for the rest of us. His masterful compositions rank right up there with other poets throughout time. It almost seems to be a lost art in this day of non-rhyming and non-metered concoctions of words by some of todays poets.

Readers will enjoy the humor, the drama, the stories, and Lewiss expressions of emotion. David is honored to have had such a talented individual in his familys past.

David M. Forsberg grew up in Gladstone, Oregon, a small town a few miles south of Portland. He received his degrees from Portland State University in Elementary Education (67) and Educational Administration (76). Over the years he has taught school, been a school principal, worked as a fish buyer for a seafood processing company on the Oregon coast, worked for the U.S. Forest Service, and retired in 2006 from a family-owned steel fabrication company in Palm Springs, California.

David and his wife love to travel in their motor home, spending summers in Oregon and winters in the Palm Springs area. In addition to traveling, they enjoy playing cards, socializing with their friends and relatives, keeping up on current events, and doing some off-roading in their modified Jeep Wrangler. When time allows, oil painting and golf occupy some of his free time. David has also done a little writing and has a few poems of his own.