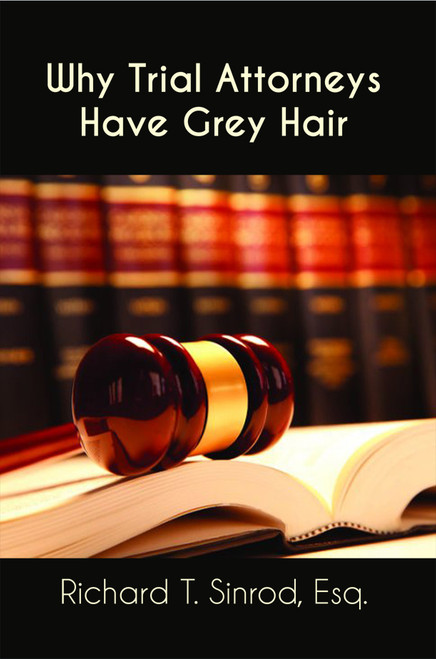 Truth is often crazier than fiction, and when you’re an attorney, larger-than-life clients and you’ve-got-to-see-it-to-believe-it stories are the rule, not the exception.

These stories are just a sampling of the countless cases Richard Sinrod handled as a New York State trial counselor between 1966 and 2002. Whether you’re looking for entertainment or a closer look into our country’s judicial system, these true stories of life as an attorney won’t disappoint!

Richard Sinrod graduated from the NYU School of Law in 1966 and practiced law for thirty-six years until a life-threatening health issue forced him into early retirement.

During his time practicing law, Richard handled more than 250 cases as a trial counselor and represented both plaintiffs and defendants in civil and criminal cases. He also served on the Ethics Committee in Nassau County, New York, where he authored several ethics opinions.

Richard has refocused his lifelong commitment to service in a number of other areas, including serving as an ombudsman for the aged. He has also coached several high school moot court teams and provided trial strategy consultant services to various law firms.

Richard resides in Delaware with his wife of fifty-two years.

Memoir of a Gambian Child

It Was Just Another Day