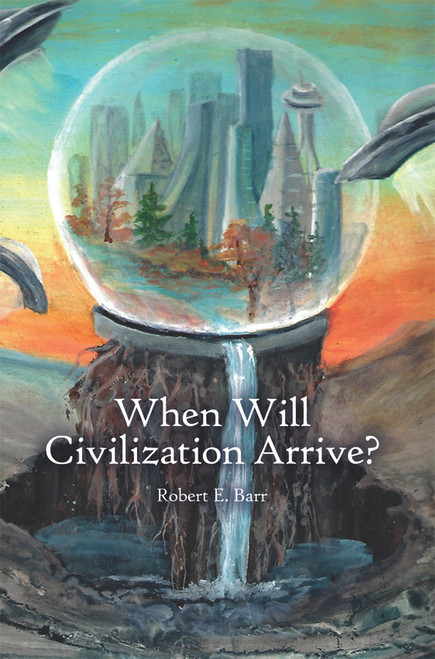 Do we really have civilization, and if not, when will it arrive?

When Will Civilization Arrive? explores a political history from which we have not learned. Through his writings, Robert E. Barr poignantly points out mistakes that civilization has and is making that need correction for earth’s and humanity’s longevity.

Moreover, it boldly calls out countries with dictators and/or leaders who seek nothing but control, power, wealth, expansionism, and the power of nuclear weapons, and reveals a hard reality: For now, true civilization may be unattainable for humanity.

For a career, Robert E. Barr was a pilot whose duties included work in the USAF and work for a civilian oil corporation, both of which requiring worldwide flying. Throughout his military career, Barr flew 309 combat missions in Vietnam that produced the Distinguished Flying Cross, DFC, and 14 Air Medals. His flying credentials include an Airline Transport Pilot, ATP rating, instructor ratings, type ratings, and an air traffic control certificate.

Barr’s interests include archaeology, anthropology, and history, and he holds several academic degrees: a B.S. in Mathematics, and M.A. in Psychology, and an M.B.A. in Business. Occasionally, Barr will give talks on aviation, flying, and Vietnam flying.

When Will Civilization Arrive? (PB)

When RONA Visited My Town (HB)

Sales at the Top Floor: Prepare for the Best View (PB)

Black Escape from Freedom: The Fallacy of Victimism, and Resulting Self Defeating Behavior and Avoidance of Responsibility

Thick and Thin: A Memoir of an Unfinished Friendship