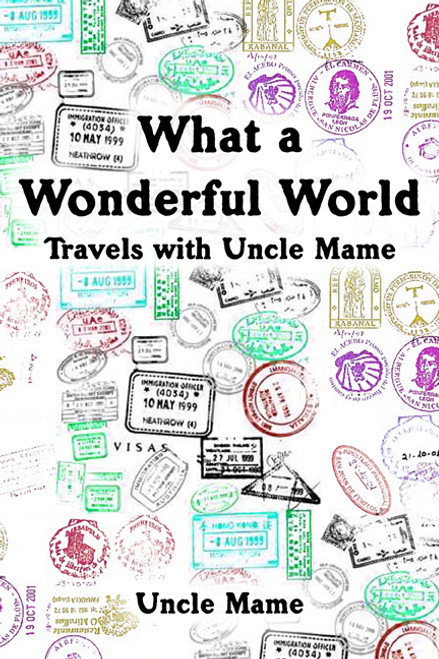 by Uncle Mame Uncle Mames memoir, What a Wonderful World, reports the adventures of Mr. and Mrs. Mame on their world travels over a fifty-year period. Declared by some as the modern version of Innocents Abroad, Uncle Mames tale is composed of the weekly emails he sent, as they traveled, to friends at homeone of whom describes the collection as our erudite, geopolitical summary of our passages. The author avers he has no pretension of adding to world history or adding enlightenment to sociological events, but he sincerely hopes his approach may be pursued by others who believe, as he does, in the value of travel in making the geopolitics of this wonderful world more exciting and appealingespecially to students. ABOUT THE AUTHOR Uncle Mame was born in Nova Scotia, Canada, and has been a United States citizen since 1991. After attending Phillips Exeter Academy and Harvard College, where he graduated cum laude with a degree in economics, Uncle Mame worked in the investment banking and seafood industries. He and his wife reside in Hilton Head Island, South Carolina, and are the proud parents of four children and seven grandchildren. When he is not writing, Uncle Mame enjoys photography, music, golf, and water sports. (2008, paperback, 118 pages)
×