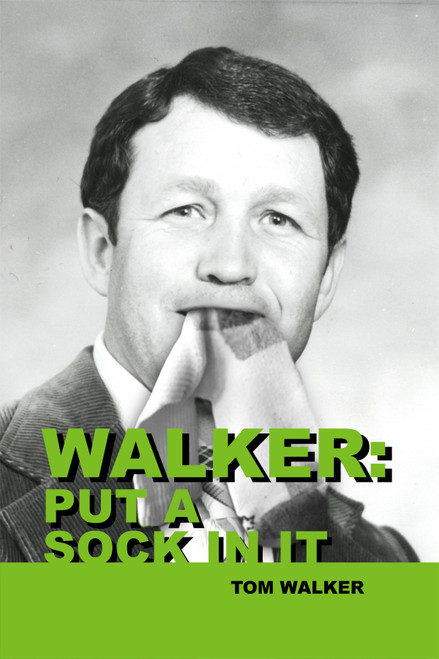 In this heartwarming historical educational piece, Tom Walker gives readers a glimpse into the world of public special education, with its many rewards and challenges. He shares insight into the way it grew via trial and error – and a lot of patience, compassion, and good humor, from its infancy in the 1970s up through the 1990s.

When Walker started teaching, he began writing down funny things that happened in the classroom. One day, he was reading with Stephanie, one of his students. She became tired and irritated. She looked up at him and said, “Walker, put a sock in it.” She had a frontal lisp, and instead of saying sock, she said “thock.”

Walker hopes his book will reflect some of the humorous as well as encouraging times he experienced in and out of the classroom over those two decades.

Tom Walker was raised in rural southern Utah in a small railroad town with a population of about 1,500. He attended public school and loved it. His second grade teacher was Mrs. Brown, whom he loved. From that time forward, he always wanted to be a teacher.

After high school, Walker joined the Army National Guard prior to the Vietnam War. He graduated college majoring in education with a psychology emphasis. His first teaching job came in 1970 with a contract to teach students with severe disabilities. These students came from several communities in southern Utah and lived in a group home. They ranged in ages from five to twenty-one, with a wide variety of disabilities. He taught special education for twenty years and saw a great number of changes in procedures and services. He finished his education career in administration in an attempt to continue making positive changes for students with disabilities.

Walker’s wife, Carol, is also an educator, serving preschool students with disabilities. She recently retired after teaching for thirty-three years. They have four amazing children, two of whom are educators. It’s been a wonderful life.

Toadina: The Story of a Lady Toad (A Fable by Raynn Walker Jr., Illustrated by Freddrick Campioni Garcia