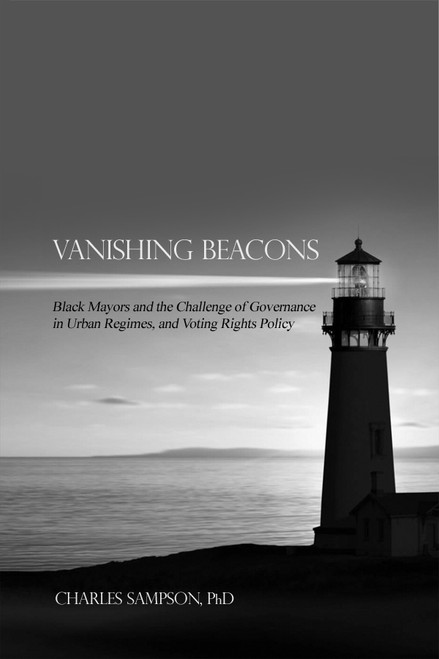 The research within Vanishing Beacons focuses on American municipalities, their revenue streams, expenditures decisions, governance processes and organizational structures. This research examines public policy on voting rights and its connection to the ability of the citizenry to elect officials from the traditional underclass. This entails the observation of the impact of federalism and/or intergovernmental fission on future voting rights policies, policy implementation and policy outcomes. The venture led to the creation of a database containing every municipality in the U.S. which elected mayors after the passage of the 1965 voting rights law and subsequent amendments.

By controlling for mayoral race/ethnicity, Dr. Sampson was able to focus on black governed municipalities and make comparisons of expenditure patterns to the group as a whole. Decennial census and census of government data collected since 1960 provide the source for more than 75 variables describe population composition, size, governance attributes, revenue sources and related variables and constructs

Charles Sampson, PhD is a former senior faculty member and co-founder of the Harry S Truman School of Public Affairs, University of Missouri. Dr. Sampson joined the MU faculty in the summer of 1988. He initially served as associate dean of the Graduate School and then the chief academic officer, 1996 - 2001. During his appointment at MU, he sought and obtained greater than $15 million in grants and contracts to support the matriculation of graduate and under graduate programs on the MU campus and across the state of Missouri.

In 2012, the J. William Fulbright Foreign Scholarship Board/Bureau of Education and Cultural Affairs of the U.S. Department of State and the International Exchange of Scholars selected Dr. Sampson as recipient of a Fulbright award to facilitate his appointment as visiting professor, Khan Kaen University, Thailand. Dr. Sampson has also served as visiting professor to the School of Government, the University of Cape Town in South Africa. His service to the profession includes past membership on the national council of American Society for Public Administration (ASPA) and on editorial boards of American Review of Public Administration, Public Administration Review and Journal of Social Policy and Public Management. His public policy and administration research has been published in refereed scholarly journals and book chapters.

Dr. Sampson formerly served as chair of the committee on fiscal affairs for the MU Faculty Council and served as the MU representative to the Consortium of International Management, Policy and Development (CIMPAD) a group of higher education institutions, agencies and non-governmental organizations devoted to sustainable governance among rising democracies in Sub-Saharan Africa. He was designated Emeritus by the University of Missouri in 2013.

A Beacon of Joy: Finding Peace and Answers When Your Child Has Special Needs