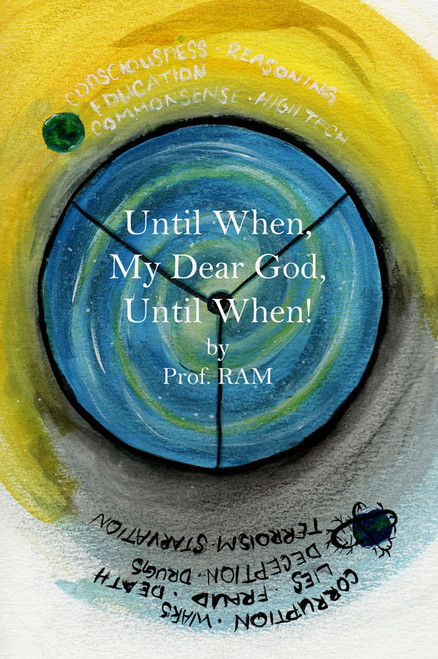 UNTIL WHEN, MY DEAR GOD, UNTIL WHEN!
by Prof. RAM

Until When, My Dear God, Until When! is a thought-provoking work which articulates the author's innovative theories on employing modern day hi-tech to educate "all, at the same time and of the same quality." The innovation to this intriguing idea was born of fifty years of teaching experience.

He seeks to awaken the world to the fact that we can all live better lives if we want to, by overhauling our world institutions highlighting truth, science, technology, flexibility, adaptability, and constant change. The press, radio, television, and Internet should be employed to liberate the world instead of harnessing the world in the dragnet of deception, corruption, fraud, and the global lack of confidence in all walks of life from the very beginning of civilization as we know it.

Once you read his fascinating theory for global education, you will think to yourself, why didn't I think of that? It makes such perfect sense; however, achieving the cooperation of the world leaders would be a huge undertaking. Who will be the champion of this cause?

Prof. RAM was born and raised in the then British West Indies. Though he lived in a Hindu Temple, he studied at a Catholic college, where the study of comparative religions was the turning point in his life. In 1965, he migrated to Venezuela where he met and married his wife in 1967. He is the father of three children and grandfather to five.

His teaching career began in 1960 in Trinidad. In Venezuela he taught at both high school and university levels and retired from the classroom in 2007. He has written and published nine English language textbooks.

He loves traveling the world and loves people. His favorite sports are tennis, football, baseball, and cricket.