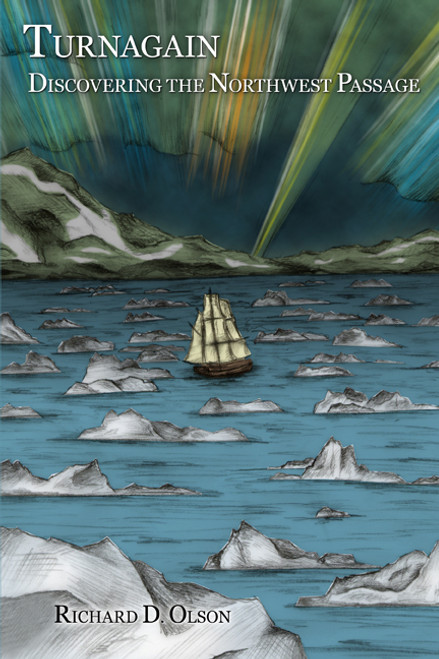 by Richard D. Olson A centuries-old dream finding and sailing the Northwest Passage lured British Navy explorer John Franklin to decades of adventure and eventual tragedy across the mostly frozen top of North America. As a midshipman, he joined Admiral Horatio Nelson in momentous sea battles and was aboard the first ship to circumnavigate Terra Australis. His first arctic assignment was to sail a ship over the North Pole. While charting the previously unexplored arctic coast of Canada, Franklin was joined by young Richard Pearne of the fur-trading Hudsons Bay Company. The foster brother of a forlorn French-Indian child of the wilderness, Richard lived devotedly with her through experiences serene and terrifying. As time passed and he canoed the Northern rivers, his lovely little sister developed into a strikingly beautiful young woman and fell heir to a wealthy French estate. Sir John Franklin was recognized for his exploits throughout the civilized world. But his destiny awaited one more voyage Great Britains grand, final attempt to discover the Northwest Passage. In 1845, commanding two ships and 129 men, Captain Franklin sailed into the ice-encrusted Arctic Ocean and to his mysterious fulfillment of the Northwest Passage dream. ABOUT THE AUTHOR Richard D. Olson, a graduate in journalism, began his career with the U.S. Geological Survey as a writer-editor. He continued in that capacity with the U.S. Navys Office of Naval Research and Naval Research Laboratory and with the National Science Foundations Office of Antarctic Programs. During his government service, he journeyed extensively through the high mountains and tundra of far northern Alaska, and he traveled through parts of Antarctica, following up on research conducted at U.S. stations. In a later year, by car and bush plane, he familiarized himself with the river-and-lake wilderness of Franklins travels through Canada. His study of the explorer and the Northwest Passage stemmed significantly from those experiences. (2008, paperback, 254 pages)
×