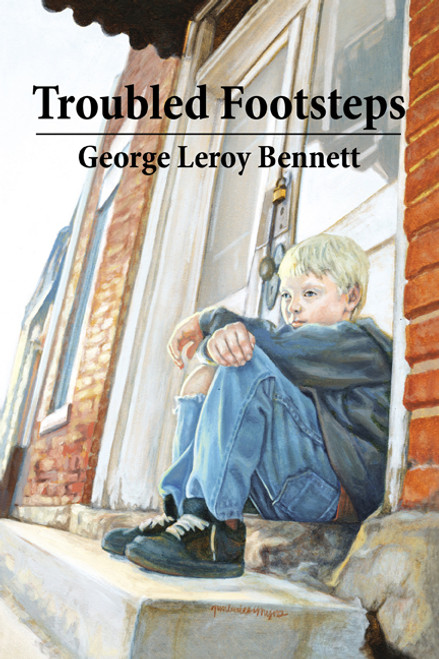 by George LeRoy Bennett George LeRoy Bennett had a rough childhood marked by physical abuse at the hands of his stepfather. Violence surrounded him as a boy, and its no wonder he followed his role models in fighting, drinking, and promiscuity as he grew into a man. As a teen, he spent five years in juvenile detention centers and was in jail numerous times, and it seemed his life was going to be cut short by death or prisonuntil he met Darlene. As a result of his relationship with Darlene, George was able to curb his tendencies and become a loving father to his children and stepchildren. Troubled Footsteps tells of the journey of one man from a life marked with uncertainty and violence to a life filled with success and love. ABOUT THE AUTHOR A native of Greenfield, Ohio, George LeRoy Bennett now lives in Grove City, where he is a carpenter. He and his wife, Darlene, have six children between them: Utalcia, David, Stacy, Dena, Bobby, and Leigh Ann. In his community, George has been a member of the Eagles Club for twenty-four years. In his spare time, he enjoys fishing and playing pool. He wrote Troubled Footsteps to relate his lifes story to his children and grandchildren. (2008, paperback, 50 pages)
×

Smiling on a Troubled Planet - eBook

Smiling on a Troubled Planet