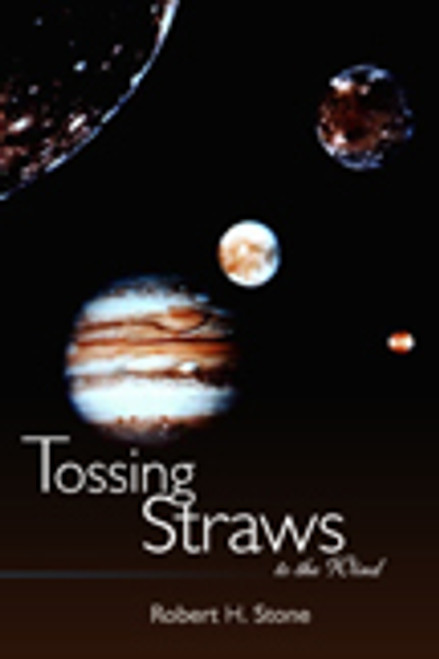 by Robert H. Stone Man has long wondered about, argued about, and speculated about the existence of God. Religion has both united and divided mankind in his search for an ultimate super power or creator, and opinions are as diverse as humankind itself. Enter another voice from one who believes we should worship nature and the universe as the creator of humanity rather than continue a fruitless search for someone or something that simply cannot be proven to exist. Although he gives the tongue-in-cheek impression he feels he is merely Tossing Straws to the Wind, Robert H. Stone makes a convincing argument around actual events, thus cleverly giving us something more to wonder about, argue about, and speculate about. About the Author: Considering himself a resident and native of both southwest Missouri and northwest Arkansas, both states feature prominently in Robert H. Stones talented writings. Retired from federal civil service, he presently enjoys golf, fishing, and gardening. Mr. Stone has penned numerous other works, including Belief and Bewilderment (based on the Bible), SOB (Reminiscences of the Son of a Bootlegger), Book of Poems, and Book of Dreams, among others. (2003, paperback, 258 pages)
×