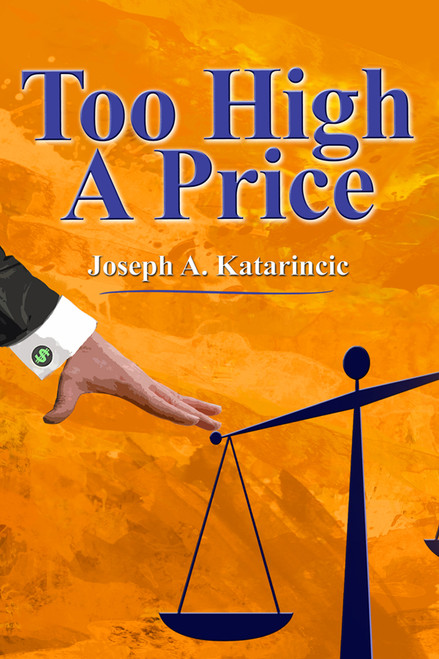 Too High A Price
by Joseph A. Katarincic

With increasing frequency, those charged with the responsibility for protecting public and private institutions have failed their obligations and are more concerned with exploiting than with serving. Rather than risk being ostracized, many find it easier and more beneficial to keep quiet and allow the cycle to continue. Thankfully, there are a few people out there willing to take the risk and make a stand. Based on real events, Too High a Price tells one such story.

Young Lawyer, Joe Carter, has it all. A beautiful wife and triplet sons, a dream home in a good neighborhood, and hes on the fast track to make partner at one of the best law firms in town. But when he is retained to defend a railroad in the trial of an injured worker seeking compensation for an extensive injury received on the job, he notices during the trial, that something isnt adding up and suspects the jury has been compromised.

As Carter follows the trail of suspected jury tampering, he quickly realizes that the levels of corruption and indifference go much deeper than he had thought, including not just the jury, but also the railroad unions, doctors, police, church leaders, members of the law firm and even the court itself. Blowing the whistle and exposing the truth is certainly the right thing to do. But Carter is facing immense pressure not to do so as it has become obvious. He is risking that doing so will burn bridges and will most likely mean losing everything he has worked so hard for. With the encouragement of his wife, Carter decides he cant turn a blind eye and pursues the truthbut will the truth come at too high a price?

Too High a Price is a dramatic legal thriller sure to keep you at the edge of your seat.

Joseph A. Katarincic has been a practicing litigation lawyer for over 50 years, and since 1962, an adjunct professor at Duquesne University School of Law and more recently the University of Pittsburgh School of Law. Early in his career, he was retained as counsel for a number of railroads in Western Pennsylvania, an experience that was the inspiration for many of the events in this novel. He lives in Pittsburgh, Pennsylvania and Vero Beach, Florida, where he is at work on his next novel, featuring Joe Carter.