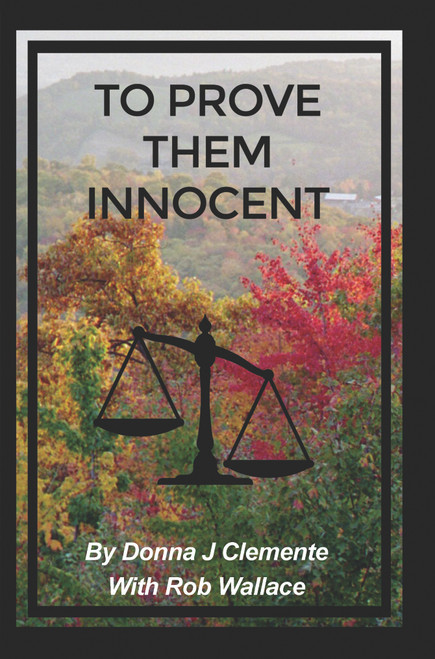 How do two housewives with no personal relation to the case become involved in a ten-year long battle to set three men free? To Prove Them Innocent is the true story about how their efforts, along with the fortitude of the families of the men convicted, fought to uncover and expose the truth. When three men can be sent to prison for a crime they didn’t commit, it screams for reform within the justice system. The news media isn’t always un-biased and it is up to all of us to search for the truth and work to make a difference in our country.

“Donna Clemente is a woman whose courage and determination have inspired me and countless others. She believed with all her heart that even the most forbidding and intimidating obstacles could be challenged and that a terrible injustice involving 3 innocent men could be overcome. She was right. And what a story she has to tell.”

“Erin Brockovich has nothing on Donna Clemente, a stay-at-home mom who takes on a corrupt legal system and powerful law enforcement officials in her quest to free three falsely imprisoned men in her small town. Meticulously reported and poignantly written, To Prove Them Innocent is infuriating, inspiring, depressing and redeeming.”

Donna enjoyed a successful career in sales administration and management in the customer service industry, retiring in 2014. She and husband Tom have been married for forty-five years and have two children and five grandchildren. In 1988, Donna took a six year sabbatical from her career to spend time with their two children. It was during this period that Rob Wallace teamed up with Donna to obtain the release of three men wrongly convicted of rape in her small town in Pennsylvania. Donna’s ten year battle to secure their complete vindication provided her with an education within the legal system and media arena. Rob is quick to credit Donna as the most determined person he has ever met!