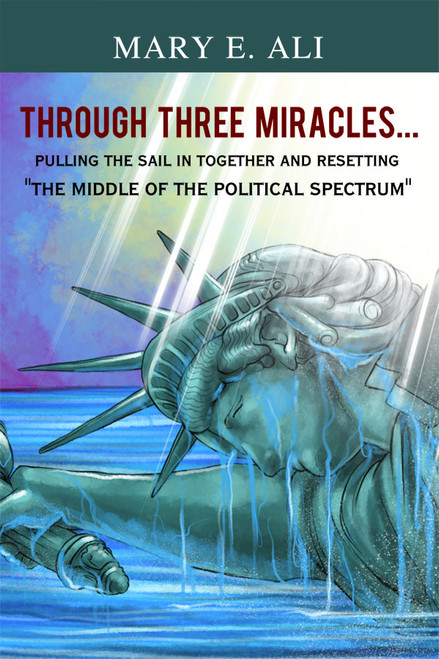 America is more than two and a half centuries old now. Since she won her independence in 1776, the world witnessed her rapid growth as the largest democracy and a powerful country with a strong economy. However, since the last quarter of the twentieth century, there seemed to be a steady decline of its status both as a world power and a world economy. The twenty-first century greeted her with bigger problems, particularly the September 11, 2001 bombing of the World Trade Center in New York, the ongoing war against terrorism, and the collapse of the stock market in 2008. Hope seems to dim as years pass by. Is there still a way to save America?

Mary E. Ali concludes the way to reform America by returning to the middle of the political spectrumsomething that the Founding Fathers of America had determined when they made the Declaration of Independence and the Constitution of the United States. Since the Progressive movement in the late 1890s through the 1920s, the American government is applying Marxist principles where it encroaches on the unalienable rights of people as a way to equalize the haves and the havenots, with consequences that shattered the basic unit of the countrythe American family.

The author believes that America should return to In God We Trust and a Republic, where big government returns the power to the people and the president is not the leader of the masses but the leader of the union of sovereign states. And then American, again, would be called The Light Up On A Hill for other nations.

Mary E. Ali is a devout Christian, a faithful wife for more than twenty-five years, and a loving mother of two children. She received her Bachelor of Science Degree in Physical Education and Health from Slippery Rock University. She pursued another degree in physical therapy at the University of Pittsburgh and Doctor of Physical Therapy from Boston University. She was also certified as a specialist in geriatric physical therapy through the American Board of Physical Therapy Specialists. Another certification in Leadership Development was awarded to her by the Section on Health Policy & Administration (HPA) of the American Physical Therapy Association.

An Unspecified Spectrum of Poems - eBook

An Unspecified Spectrum of Poems