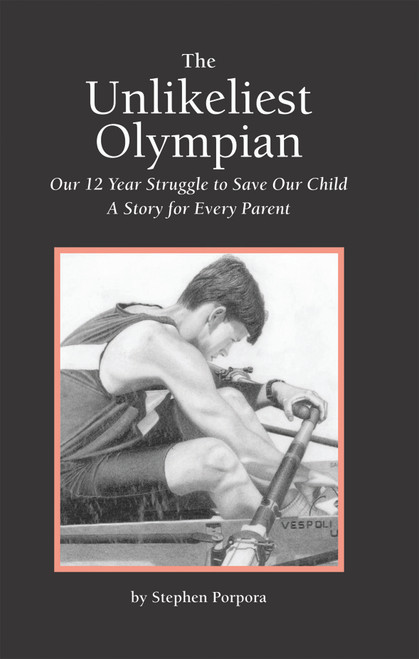 In 1982, six-year-old Devon Porpora suffered a severe, life threatening seizure. His future was bleak. Because no one knew if the initial seizure was injury-induced, he needed to be on heavy doses of long- term and debilitating neurological drugs. His parents were told that Devon would need to re-learn everything in a special school and that he might never have a normal life.

But Devon’s remarkable mom, Judi, refused to accept that dark diagnosis for her son. She saw a sliver of hope and made it her mission to focus her life around healing his injured brain. Together, his parents worked with Devon to keep him learning and in his normal elementary school. In addition to classwork, in eighth grade Devon joined an obscure little crew club. His dad worked diligently for two years to transform it into a vibrant varsity rowing team. Devon became an accomplished student and athlete. In his senior year of high school he was admitted to Yale University and also qualified for the 1994 Olympic Festival rowing team. This is Devon’s unlikely story as told by his father.

For the majority of his career, Stephen Porpora worked on the floor of the New York Stock Exchange while he and his wife Judi raised their kids Devon and Mairin in Cold Spring Harbor, New York. He worked as both a floor trader and a specialist. While at the NYSE, he became a frequent contributor with CNBC, CBS Evening News, CNNFN, Fox Business Channel and other media outlets. When he retired in 2008, Stephen began writing Op Eds for the financial newspaper Investor’s Business Daily and, more recently, a monthly essay for the local Long Island magazine Huntington Bay Life. He also founded a rental real estate business in Vermont.

Over the years, Stephen has enjoyed sketching and his hand-drawn images appear throughout the book. He lives in Huntington Bay, New York. This is his first published book.