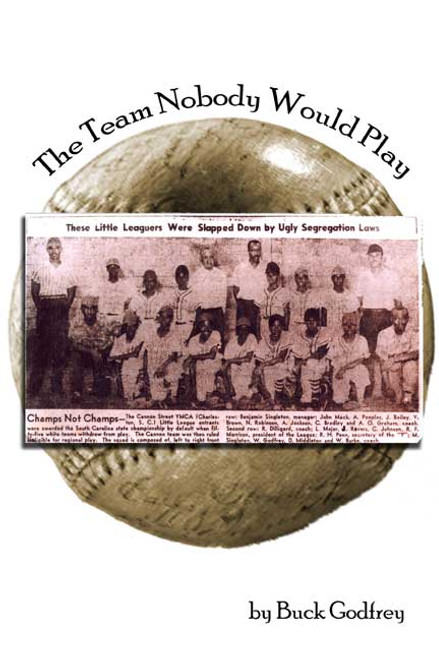 A group of fourteen young African-American boys are chosen as Little League Baseball All-Stars. Already blessed with athletic skills and desire which they honed in sandlot play, the boys follow the lead of their coaches to train their minds and bodies as they work together as a team that will surpass all expectations in the Charleston Little League Tournament. This is Charleston, South Carolina, however, and the year is 1955. The cruelties of segregation and the fears of the people in power clash with the expectations of the children, who knew little of this social evil. William H. Buck Godfrey has created a remarkable recollection of a defining time for himself and his community. Written from personal experience, interviews, and research, Mr. Godfrey brings a historical situation to life with his first-person accounts and descriptions of the boys, their families, their society, and the overall importance of baseball in their lives. He clearly explains the segregation of the time and its impact on the African-American people, but at no point are they defeated. With chapters linked by original poetry, Mr. Godfrey elicits the lessons learned and the changes brought about in all of their lives.

Buck Godfrey was prompted by his Little League teammates to record the story of their struggle. He is a retired teacher from Southwest DeKalb High School in Georgia, where he continues to be the active head football coach and head swim coach. He has a bachelors degree in English from Delaware State College and a masters degree in English from Atlanta University. He is a member of the Omega Psi Phi Fraternity and is an inductee of the Delaware State Athletic Hall of Fame. He has published two previous works, Moods of a Black Man (1970) and Songs for My Father (1983). While pursuing his interests in sports and building self-esteem and character in youth, he lives in Decatur, Georgia, with his wife, Joyce. (2008, paperback, 84 pages)

The Book by Nobody for Everybody - eBook