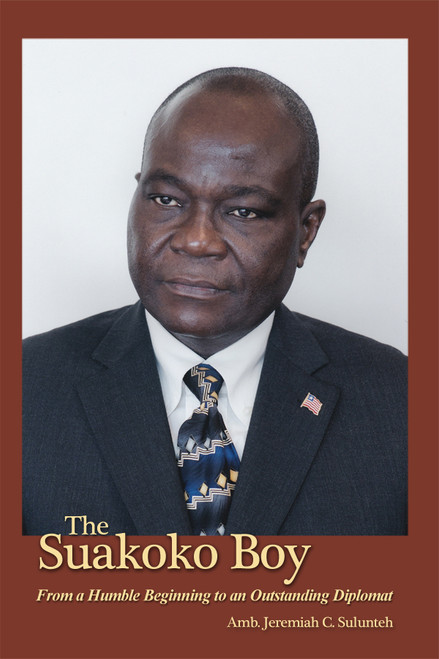 Follow Liberian Ambassador Jeremiah C. Suluntehs incredible journey from a modest boyhood in rural Liberia to a powerful position in Liberian diplomacy. The Suakoko Boy tells Ambassador Suluntehs story in riveting detail, as he excels in education despite the obstacles of poverty, finds himself taking the role of professor and mentor, and navigates the dangerous landscape of a country torn apart by civil war. The Ambassadors tale will inspire all readers with what one from even the humblest beginnings can achieve with hard work, motivation, and education.

Ambassador Jeremiah C. Sulunteh is a prominent Liberian politician, administrator, and professor. His career in the areas of administration, teaching, and politics spans more than 30 years. Prior to joining government, Ambassador Sulunteh was a professor at two of Liberias highest institutions of learning, the University of Liberia and the Cuttington University, where he taught Public Administration and Economics, respectively.

During the 2005 general and presidential elections in Liberia, Ambassador Sulunteh was the Vice Presidential running mate to Counselor Winston Tubman. Following those elections and the inauguration of Madam Ellen Johnson Sirleaf as President, she appointed Honorable Sulunteh as Minister of Transport from 2006 to 2008. He also served as Minister of Post and Telecommunications from 2008 to 2010, and as Minister of Labor from 2010 to 2012. He served as Liberias Ambassador to the U.S. from 2012 to January 20, 2017, and looks forward to re-entering the electoral politics as Liberia prepares for elections in fall of 2017.

The Boy on the Roof - eBook