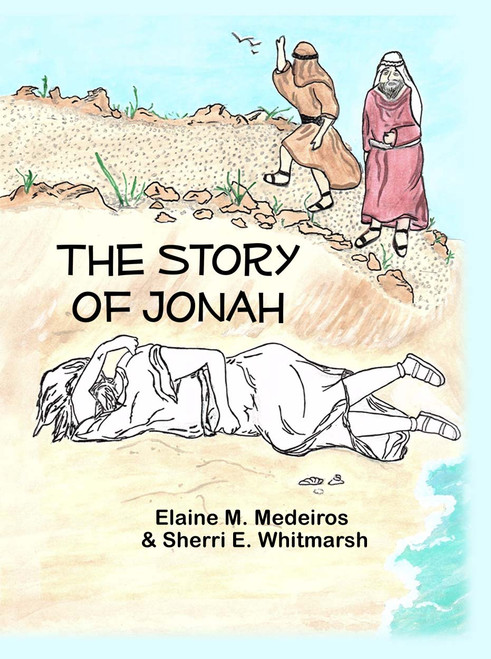 Jonah was a believer in the Lord God and knew Him to be loving, kind and compassionate. When God spoke to Jonah about going to Nineveh to warn the people of His impending punishment for their evil deeds, Jonah feared they would not listen to him, that they would imprison or even kill him. He tried to run away from the presence of the Lord and paid the fare to travel far away by ship.

God caused a great storm and Jonah, being the cause of the storm, is thrown overboard. He is swallowed by a great fish and clings to nodules in the stomach of the fish to keep from drowning. He goes to the land of the dead where he prays and is sorry for his disobedience.

The great fish leaps high in the air and beaches itself on the shore of Nineveh. Jonah is spewed out of the great fish’s mouth. He has been bleached white by the acid in the fish’s stomach.