The Story of Corey and Alice 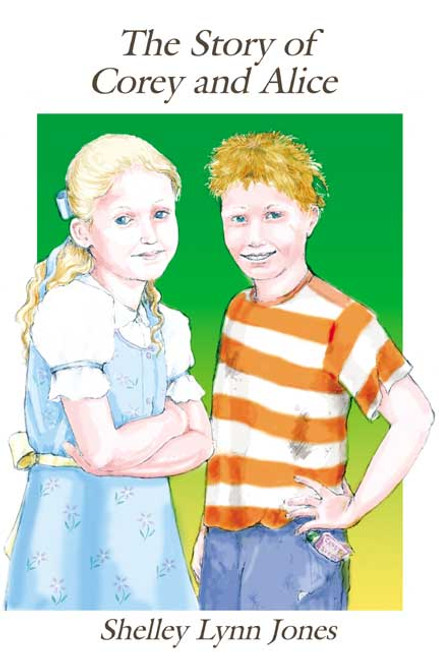 The Story of Corey and Alice

by Shelley Lynn Jones Corey was a real wild child, a boy who refused to listen to anyone but his own self desires. He refused to take a bath or behave in school; he never brushed his teeth or ate anything healthy; and he was pushy, rude, and obnoxious to everyone, even his parents. Then one day, he realized the folly of his ways when he met Alice and was instantly captivated by her. Alice was a beautiful young girl with impeccable manners who was always properly dressed and beautifully groomed. She was polite, kind to others, and always obeyed her parents. However, after taking one look at Corey, she was appalled by his bad behavior and slovenly appearance, and refused to become friends with him, despite his obvious obsession with her. Instead, she offered him some sound advice: that he clean up his act and himself and make amends for his past rotten behavior. She warned him that others were judging him on his appearance and actions and found him wanting, and thus he was in danger of being ostracized by the rest of society. In an effort to impress his lady love, Corey immediately set about changing his ways, much to the surprise of everyone who knew him. His parents wondered if he was sick and other people in his town didnt quite trust him at first, but eventually, as he won over Alice and captured her heart, he also won over the opinions of everyone else. Shelley Lynn Jones effectively tells The Story of Corey and Alice using a rhythmic tone and words as she shows how Corey was a lucky little boy he was given a second chance and set on the path of rightness and good fortune by a little girl who cared enough to tell him the truth! ABOUT THE AUTHOR Residing in her native state of Oregon with her husband, Scott. In her spare time Shelley Lynn Jones enjoys art, music, gardening, cooking, remodeling, crafts, interior decorating, and writing. (2005, paperback, 32 pages)
×