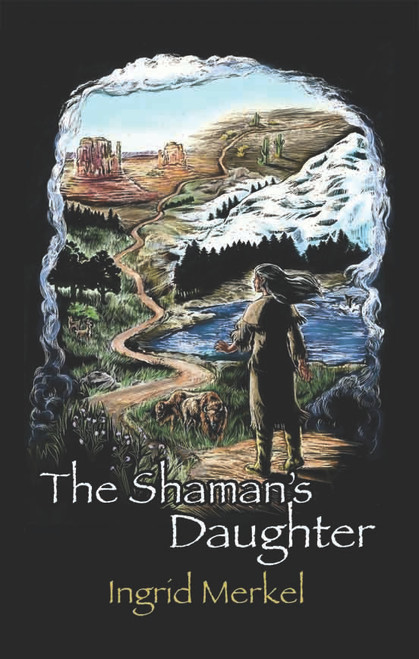 In 2007, in a water cave on the peninsula of Yucatan, divers discovered the skull and skeleton of a teenage girl who died there some 13,000 years ago. The bones were moved to a museum.

Ancient piety forbade the disturbance of the remains of the dead. In the novel, during the late Ice Age a shaman in Beringia divines this future sacrilege and sends his daughter on a journey to rectify the crime.

As she traverses dozens of centuries on her journey through the American West, she encounters events and people in historical time. She recognizes the abyss between ancient and modern mentalities, and the conflict between scientific and her own spiritual understanding of nature.

In the end, she resolves the conflict for herself, is liberated from the ancient laws, and emerges as a free woman whose freedom, however, demands a heavy price.

Born and raised in Germany, Ingrid Merkel came to the United States in 1962.She served on the faculty of The Catholic University of America in Washington, D.C. where she taught German language and literature and, as Assistant Academic Vice President, founded and for 25 years directed a multidisciplinary program for undergraduates.

Now retired, Ingrid travels and writes. She recently published two chapters in German of a planned book, based on her father’s daily letters to her mother during WW II from the warfront in the Baltics, where he died.

Collection of Poetry: And Writings to Inspire Your Life