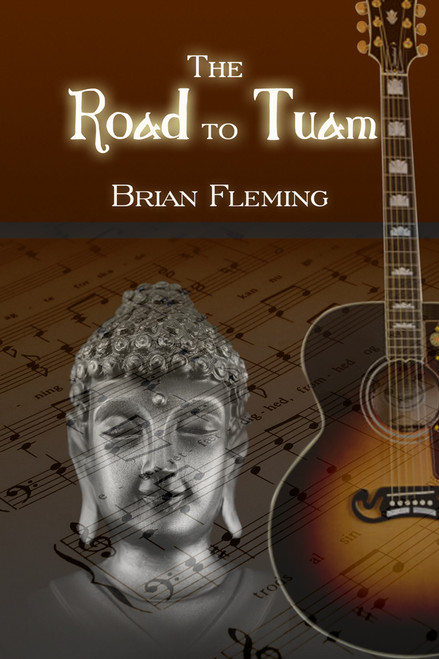 The Road to Tuam
by Brian Fleming

An intriguing novel with a difference about the Irish troubles, populated by an unlikely cast of Glaswegian musicians, SAS soldiers and IRA commanders. Skillfully brought to an unexpected and shocking conclusion. Strongly recommended.
-Professor Tom Devine

For Glasgow-based Gordon OBrien, attending the Irish Galway Festival was a chance to showcase his vast musical repertoire and revisit Tuam, the old village that had nurtured a long line of past OBriens before him.

The last thing on his mind, however, was that his visit would trigger the events that would see him finally uncover the answer to the eternal problem of human existence. With old band partner, Pete, and newfound friends, Mavis and Sadie, in tow, Gordon played his way through the old and new charms of Galway. Amid all these, the Irish Republicans cast an eye on the potential of a new recruit, while the ancient enemy, the Brits, wheel about biding their time to ensnare new foes. Who will get the upper hand? The Road to Tuam, by Brian Fleming, presents a lively take on deeply held spiritual tenets, blues and folk music, and the general effects of enduring bitter political conflict in the region.

A native of Glasgow, Scotland, Brian Fleming grew up nurturing his passion for music. He is particularly fond of acoustic guitar and had been a student of a well-known professor from Yale University. Now married, he still enjoys playing guitar and writing songs in his home in Rhu Point, where he and his wife have been living for twenty years now.

Road Tales of the Gypsy Butterflies