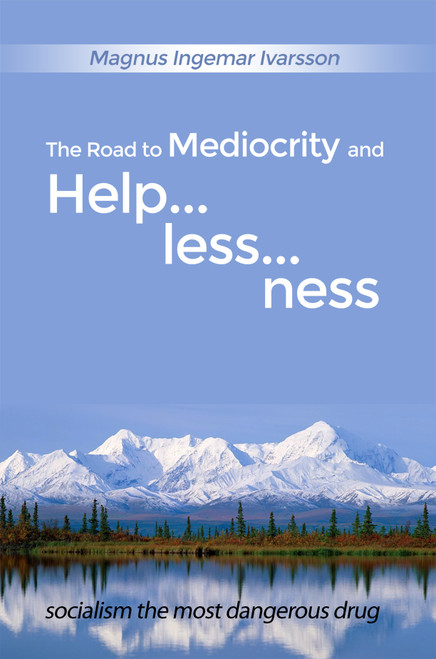 The Road to Mediocrity and Helplessness
by Magnus Ingemar Ivarsson

Something happened in the Disastrous 1970-ies, as some European economists named the decade. It was then a violent socialist tsunami swept our world, bringing civil war all the way from South Vietnam, via Africa, down to all of South America. This pure violence orchestrated from communist Moscow and Peking was complemented by an intriguing, well-planned, peaceful infiltration of many western societies. In Frances Paris, as well as in Stockholm in Sweden, young students brought complete upheaval and Mr. Mitterand came to power in Paris, as long as he could during his eight years in power opposing the reunification of the two German States. Mr. Palme in Stockholm came to be the worlds cheerleader to bring the USA to defeat in Vietnam, much supported by the students in especially California who, when not smoking pot, assisted the worlds intellectuals, one dare say, to bring the communists to victory over their home country.

Long-lasting, and unobserved, mark well, consequences followed from this communist-tsunami. Arent France and Sweden still Europes most socialist countries? And what about California? The choice of Mr. McCarty as president in the USA also to mention...perhaps?

But worst of all, the mental seed for our now-so-enormous Big Governments were planted during said disastrous 1970-ies; a socialist mental infiltration took place in our societies; people from then on have got to be considered more and more helpless. This opinion was accompanied by a remarkable loss of religion. Today it is declared, mark well, un-welcome by our Big Governments. Thus, indeed, today, two bearing pillars in socialism fundament have been erected. Unobserved, we are now governed by Big Governments, taking from us citizens today almost half of our incomes, indeed us being already halfway upon Mr. Hayeks warning for Road to Serfdom. Perhaps Swiss economic/social giant thinker Roepkes words are more illustrative in this context, he asking, Can it really be called development that we all are going to be fed like cows in the Colossal Caretakers Barn? Indeed, we are also already halfway in through that door!

Wellif we havent been able to register how far we all have come upon the well-paved well-fare-road toward totalitarianism, we might at least observe the warning cries from them behind, seeing how the major-domo is preparing to close the door!

Magnus Ingemar Ivarsson graduated from The Stockholm School of Economics in Sweden, studied at The Graduate Institute of International Studies at Geneva in Switzerland, and later studied at Stanford University in California. He has been working for private enterprises and national institutions in Sweden, Finland, Germany, Switzerland, and Italy, and he is also a consultant for international organizations in Africa and South America. He has published various books in Scandinavia and one in the USA and speaks five languages fluently.