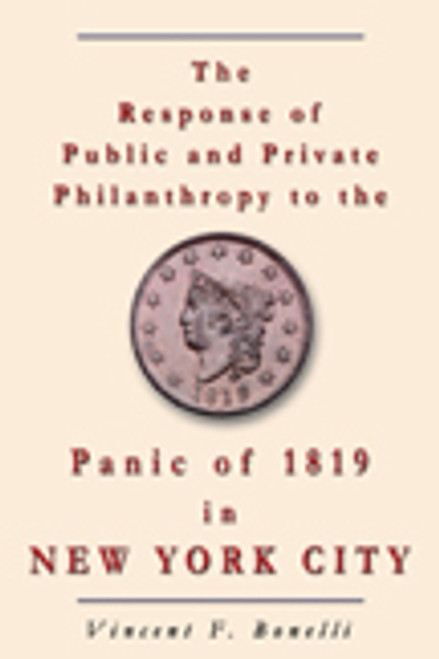 by Vincent F. Bonelli The year was 1819. The War of 1812 was over. America was just beginning a transition from an agrarian to a manufacturing economy, and New York City was on the cutting edge of this transition. Immigrants were flooding in and the city was growing by leaps and bounds. Then came the first depression of the new era, the Panic of 1819. Overnight prosperity seemed to vanish. The ranks of the paupers swelled and debtors filled the prison. Against this grim backdrop the city grappled with the problem of the poor. This meticulous study shows the methods adopted by the city fathers; which worked and which did not. It lays out the roots of the debate on Welfare Reform, which continues to this day. About the Author: Vincent F. Bonelli is professor of history and political science at C.U.N.Y. He is a lifelong New Yorker who has studied the history of the city extensively, especially with regard to the immigrant experience. He is active in civic affairs in New Rochelle, where he lives with his wife, Maria. His pastimes are philately and Egyptology. (2003, paperbaack, 158 pages)
×