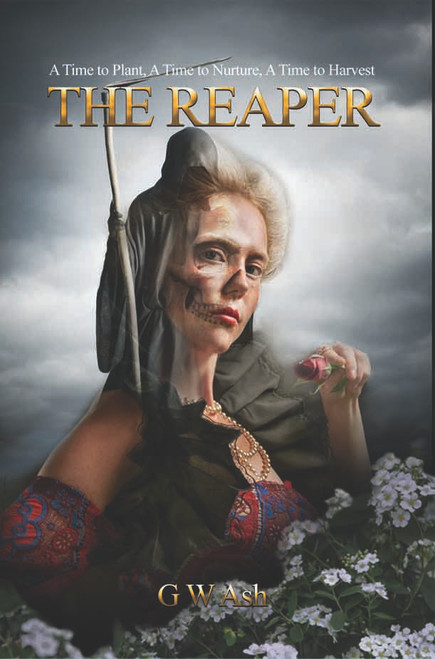 The Reaper is a recollection of a life filled with abuse, neglect, and violence. It is also filled with dreams of fantasy of life made for lovers and a haven of beauty and fulfillment. The storybook romances are only in the imagination of the writer as she goes through the selection process and makes two very damaging mistakes with the mates she chooses. The third mate is the surprise of her life which she nearly turns away. The years of mistrust and insecurity plague her and prevent her from feeling comfortable with anyone.

The story is based on true facts, and, in some cases, actual dialogue as it was recorded in the writer’s journal, shortly after it was delivered. It is divided into three parts: “A Time to Plant,” “A Time to Nurture,” and “A Time to Harvest.” The story is written in third person to make it easier for the writer to recollect the painful memories.

As with most life stories, one memory triggers another. This story contains several flashbacks. It may also not be entirely in the order in which the events occurred.

G W Ash has been telling stories to her children and grandchildren for many years. She was reared in Springville, Utah, as an only child, and since there wasn’t a television in their home, her mother would read to her from The Brothers Grimm and Hans Christian Andersen Fairy Tales. She delighted in the Disney films at the local theater whenever they came to town. Since she didn’t have siblings, her best friend was an old upright piano that her mother purchased for $100. She loved music and became quite proficient, winning several competitions.

She attended Brigham Young University and majored in elementary education. Unfortunately, there were no teaching positions available at that time, so she found employment elsewhere. She married quite young and had five children. They moved around quite a bit, but since settled in Orem, Utah. Her husband is currently a driver for a large trucking company. She is active in her church, holding several positions. Now that her five children are all grown up and have children of their own, she is reminiscing about the stories she used to tell and has been fortunate enough to have this book published.

A Time of Reform

Collection of Poetry: And Writings to Inspire Your Life