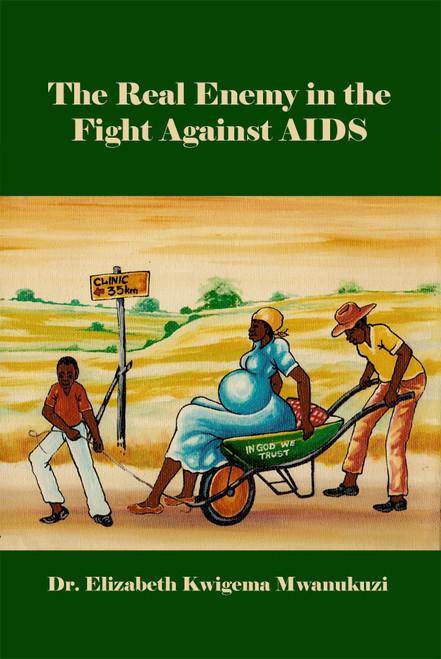 The Real Enemy in the Fight Against AIDS shows the challenges for patients facing the treatment for all strategies. Bibi has exposed some of the problems hindering a strategy and suggested plans for the way forward.

As a dermatologist with many years’ experience, Bibi came face to face with the early cases of AIDS before treatment became readily available, but she was fortunate to be involved with a program that established management centres in Tanzania through the Clinton HIV/AIDS Initiative (CHAI). This program made her aware how complex management and control measures for HIV and AIDS are. She also realised that after more than 30 years of planning to eliminate the pandemic, the situation remains a major challenge and stakeholders need to go back to the drawing board with new ideas and new strategies, which she hopes this book will stimulate.

Dr. Elizabeth Kwigema Mwanukuzi is a retired dermatologist. She was born in Nzega, a village northwest of Tanzania, where she spent her early years, but her late father was a teacher so they moved around the country quite a lot at various schools wherever her father’s teaching duties took him. Her medical training was at University of Dar-es Salaam, then Austria, for dermatology. Her working life has been in Tanzania and Zimbabwe.

Dr. Mwanukuzi has two wonderful daughters, who have been part of this project right from the beginning, with her older daughter, Iku, giving the title for the book, and the younger, Noela, who wrote the beautiful poem at the beginning of the book. Her grandchildren, Chuma (9) and Subira (6), keep her busy, but when they are at school Bibi enjoys gardening and reading.

I would llike to give some of  my reflections on your book on AIDS which I finished last week.
I found it an attractive book to read as it was based on personal experience. The language was concrete and down to earth with frequent references to major political leaders and key experts in various world health organizations.
I thought it could be easily accessible to the educated public while remaining firmly based on the latest scientific findings. While there are frequent references to competent authors, the references are mostly from current public statements or recent world conferences. There were no heavy academic quotations from learned journals in a technical language. This, I think, this makes it an attractive read.
The main theme is that the AIDS problem is not just a medical one but is a phenomenon deeply inserted into the socio-political environment in which we live, so that the deeper issues of lifestyle and social conditions play a vital role in trying to come to grips with the pervasive problems caused by AIDS.
There are many means of tackling the overall problems of substantial percentages of the population infected by the virus. Each of which has a role to play in an overall policy in finding a solution to the problem. There is no quick fix or purely medical answer.
I appreciated the constant effort to put the AIDS problem against the background of the socio-economic facilities of the country. Unless the pervasive issues of poverty are faced nationally, then much of the fieldwork dealing with AIDS patents will have little lasting effect.
With the lockdown in place, there is no way I can get a copy to Hekima UNiversity College and AJAN (African Jesuit AIDS Network) in Nairobi. I was hoping to get it reviewed both in Hekima College and Arrupe College but the lockdown and the end of the year exams have put everything on hold. The book would be best placed in a large library where others could avail of it and hence the need for it to be reviewed in journals that students and researchers kuse. Hopefully in time it will get down.
So congratulations on your work. It is a life's achievement and I can appreciate the enormous effort you have put into it down several years. I hope that in time it will be a source for many and have the impact that it deserves.
With great appreciation for your loving care and concern,
Eddie Murphy

She Faces her Enemy

The Real Enemy in the Fight Against AIDS - eBook

A Reflection of Me

A Painful Reminiscence of a Dignified Soul