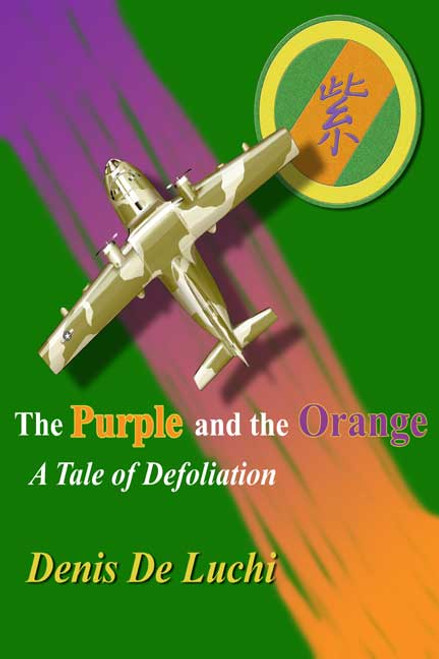 by Denis De Luchi Well, its still early, [Dr. Jolley] said. But it is starting to look like there are really insignificant effects. By defoliation in general and Agent Orange in particular. I find that hard to believe. But you yourself say the defoliation is only temporary. Thats misleading. Major Gyro looked quite earnest. In the first place, we spray and respray to keep the leaves off in many places. I should think that sooner or later, temporary becomes permanent, as in death An Air Force pilot, longtime combat crew member, and recent graduate of the Air Force Institute of Technology, Major Tony Gyro, or Hero, feels it would be right to serve in combat in Vietnam, even though he is unsure of the purpose of the war. He wants to witness that war firsthand to see it there is justification for it and because a putative warrior should participate. He volunteers for the Agent Orange operation, reputed to be one of the riskiest missions in South Vietnam. Throughout training for the mission and his tour in Vietnam, he evaluates not only his countrys involvement but his own actions as well. A happily married man, Major Hero engages in several sexual affairs, truly believing he loves each of the women. As he experiences a change in viewpoint on life, love, and war, losing some ideals and gaining others, he is, in a sense, defoliated. ABOUT THE AUTHOR Denis De Luchi is a retired U.S. Air Force pilot and college physics professor. He is a native of San Francisco and currently resides in Fair Oaks, California. He and his wife, Joanrae, share three sons, Mark, Randy, and Brad. Mr. De Luchi received and A.B. in geology from the University of California at Berkeley and his M.S. in geodetic science from Ohio State University at Columbus. He was a member of the American Geophysical Union and Theta Tau engineering fraternity. For Lent, 1952, he gave up church. (2007, paperback, 580 pages)
×