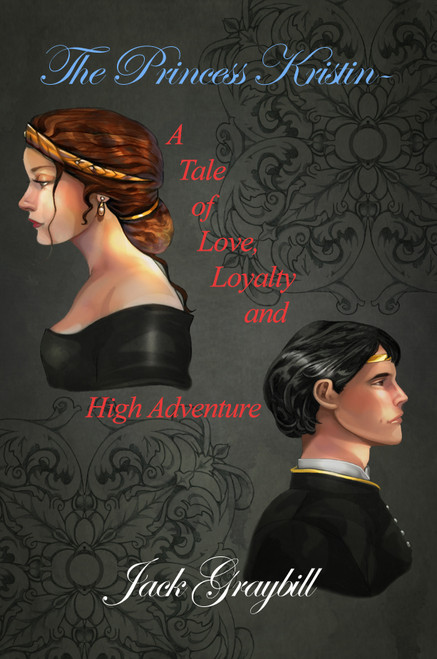 A Tale of Love, Loyalty and High Adventure

The Wizard of Meisendorn-on-the-Rhein has died, leaving his only daughter with the secrets of his magic. As Kristin, the Wizard’s daughter, learns more, she becomes a hero to the town of Meisendorn, using her wits and talent to heal the sick and help the poor. Soon she meets the charming and noble Prince Friedrich and wins his heart. But their story doesn’t end there with happily ever after.

The Prince and Princess face a series of daring adventures and vile villains: the Demons’ Tower, with its host of bandits and undead; the bloodthirsty army of the evil Dreltholst Veister; the cunning witch Hex-aba with her grotesque minions. And, of course, the most exciting adventure of all: the adventure of raising a family.

The Princess Kristin is an epic of sword-and-sorcery fantasy and romance in which true love really does conquer all.

Jack Graybill was born in Lancaster, Pennsylvania, in the heart of Amish country. He graduated from Franklin & Marshall College, only a few blocks from his house. His most prized award was a Master of Arts degree from Columbia University in New York City.

During the Korean War, Jack served on a destroyer-minelayer as Communications Officer. After his discharge, he taught mostly middle-school students in public and private schools. He also taught at Monmouth University in West Long Branch, New Jersey.

Jack is the author of The Monster Gets a Hug and a Kiss and Compleet Bear. Besides writing, Jack enjoys biking, hiking, and travel. Over a period of 37 years, he has biked 40,000 miles, most of them east of the Mississippi River. He and his wife, Letty, have traveled in six of the seven continents. They have a daughter Kristie and two teenage grandchildren, Olivia and Owen.

The Poetry of Alabaster Bosoms

The Planet of the Cleaning Bugs