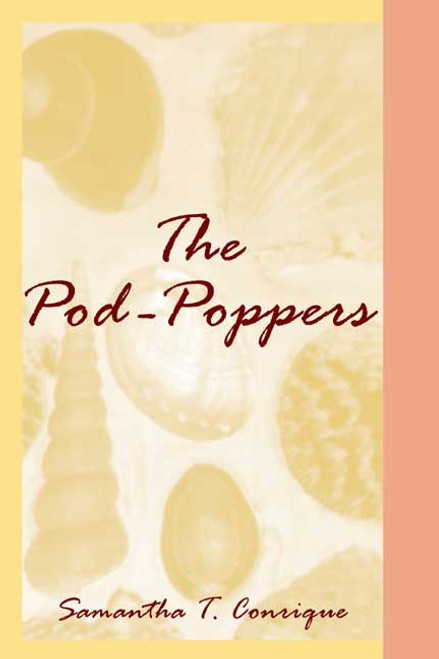 by Samantha T. Conrique The Pod-Poppers follows the journey of a brother and sister, Shane and Jillie, as they spend the day exploring their magnificent surroundings at the waters edge. They encounter many mysterious beings as they splash in the water at the shore, including crabs, clams, anemones, starfish, and other colorful sea creatures. After a harsh bout of lightning pierces the shore, Jillie suddenly realizes her beloved pendant is missing! Will she be able to find it on the vast oceans shore? The pair must contend with the strength of the sea while learning how to balance love and respect, both for the ocean and for their father. The Pod-Poppers is certainly a delightful and mysterious adventure that will keep its readers on the edge of their seats! ABOUT THE AUTHOR Samantha T. Conrique is the wife of her husband and mother of four children, four dogs, birds, and fish. She enjoys gardening and her life in the beautiful United States of America. Residing in California, she reads the Bible and writes. She has previously published two poems, The Point of Tracing and Roses/Red-Violets/Blue. (2007, paperback, 34 pages)
×

The Planet of the Cleaning Bugs