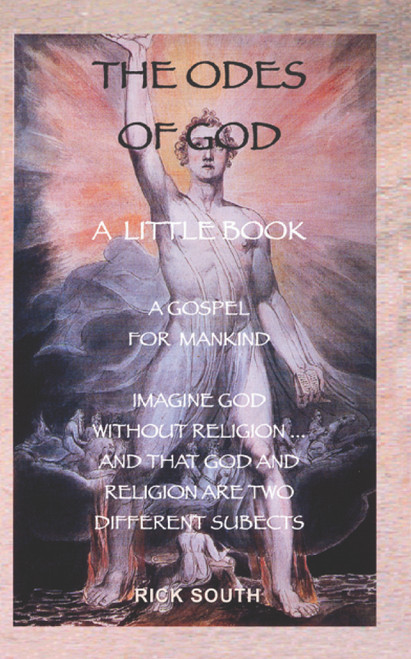 Using the four or five senses we perceive our existence by and through one cannot prove or disprove the existence of God. Some men have claimed to have been visited by God himself or his agents, which will never be proof, using these same senses, to any other than himself. What proof, then, does exist? The answer is in the written word or literature.

The Odes of God is the result of author Rick South setting about on an enquiry to find every instance where a voice claiming to be God Himself, speaking in the first person, was quoted in literature. Simply put, only four voices make this claim, these being Yahweh the God of the ancient Israelites, Krishna as quoted in the Bhagavad Gita, Jesus of Nazareth, and Allah in the Quran. These voices comprise a mere fraction of the content of the books from whence they came. The Odes of God is an attempt to bring this voice to the forefront, as it speaks very well for itself. Although the world’s religions and all of their divisions can never come together, these voices when examined by themselves are unified and undivided.

Rick South was born in 1953 in Dallas, Texas, and he is father of eleven.

Rick found that the subject he was most interested in existed but then again did not exist in its purest form. The result of this search and study became a whole new subject, which he compiled and digitized into “The Great and Distinguished Words of God,” which is a three-volume case study of this subject.

My Heart’s Song: A Message to the 21st Century Levite