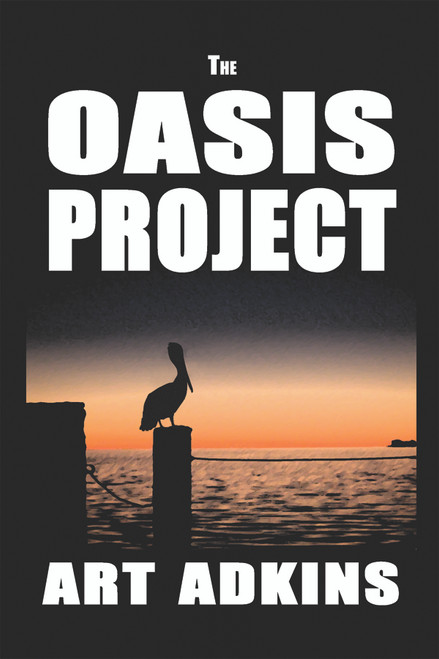 The Oasis Project
by Arthur A. Adkins, III

Why were they murdered? Shirley Waterbury does not believe her familys death was accidental. Shirley knows her father was too meticulous and too cautious and knew the sea too well to attempt to sail during an approaching hurricane. The sea was his life, and he would never jeopardize the welfare of her mother and her brother, Billy. She knows they were murdered, but with no indication of foul play, no one will investigate a tragedy classified as an accident.

Enter Slade Lockwood, a decorated twenty-year veteran of the LAPD, who returned to Cedar Key to find what he lost in law enforcement: himself. His reluctant acceptance to investigate the deaths of Shirleys family members will take him on a journey across America, where he finally finds what he has lost while unraveling the mystery behind the murders a prize so priceless, it will rival Einstein and become the greatest gift ever bestowed upon the human race! The face of the world could change, and billions are at stake as Slade races against time to bring a ruthless killer to justice!

Art Adkins has been in law enforcement for the last twenty-seven years and has worked as a police officer on the Ft. Lauderdale Police Department and as a sergeant on the LAPD. He is currently a sergeant with the Gainesville Police Department. His knowledge of police procedure is vast, and he has woven these details into The Oasis Project.

Writing a detective/murder mystery has always been a desire of Mr. Adkins, and The Oasis Project is the fruition of this dream. Mr. Adkins earned a bachelors degree in liberal studies from the University of South Florida and currently resides in Hawthorne, Florida, with his wife and two sons.

Mr. Adkins is currently writing a sequel to The Oasis Project. Look for Power Grid in the upcoming months.