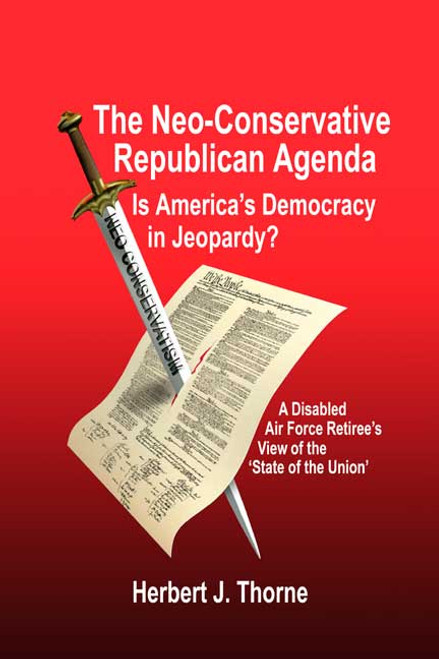 by Herbert J. Thorne One of the great things about democracy is that the people of a nation have the power to elect their officials, choosing leaders they believe will best govern, serve, and protect them in a respectful and fair manner. When campaigns are waged to inspire fear, spread vicious untruths, and cloud issues, however, sometimes people make the wrong choice. This is part of the problem Herbert J. Thorne sees plaguing America today, and which he addresses in his passionate treatise, The Neo-Conservative Republican Agenda. Here he seeks to enlighten others as to the reach of the Neo-Cons by examining the many issues theyve influenced during the Bush administration terms: veterans programs, Social Security, the Iraq War, the 2004 elections, stem cell research, policies favoring the wealthy, health care reform, national security, and more. Thornes arguments are framed in the perspective of a disabled retired Air Force non-commissioned officer and are underscored by the newscasts, articles, and books he references here. It is out of love for his country and its people that Thorne takes the time to expose the Neo-Conservative Republican philosophies and the ways they affect the worldview of our nation, and especially its poor and middle class citizens. ABOUT THE AUTHOR Herbert J. Thorne, a New Jersey native now residing in New York, is retired from the Air Force and a member of the Disabled American Veterans. (2007, paperback, 228 pages)
×