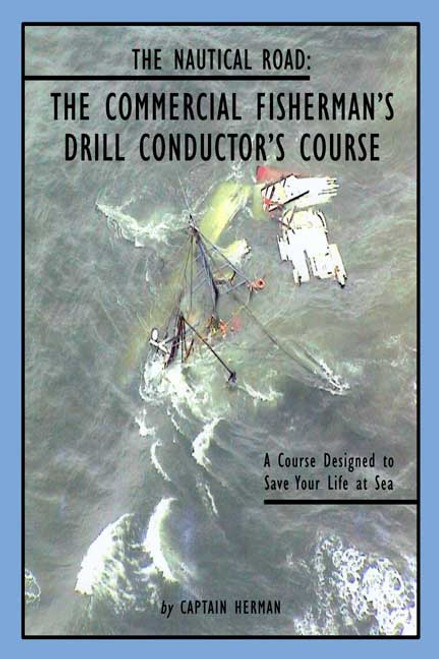 by Captain Herman This book does not teach you how to fish. This book does not teach you how to run your boat. This book simply explains how to use that Emergency Equipment you are required to carry on board and what you must know to train your crew. If you train and practice these emergency routines, you will be better prepared and better focused to minimize dangers while at sea. And that might ultimately save your life. ABOUT THE AUTHOR Captain Herman built his first boat at age fourteen with his father. At age sixteen, he co-owned a business building surfboards. At age 20, he enlisted in the United States Coast Guard and retired as a Lieutenant Commander 22 years later. He has since worked on tugboats, captained 75, 90 and 110 vessels once owned by the Pirate Fishing and Cruise Boat Fleet of Carolina Beach, NC, as well as several local charter boats. He and his wife, Shirley, co-owned two fiberglass companies and a school, Gullswatch Maritime Training Centers (1995-2002) in North Carolina, South Carolina and Georgia, where he was a Coast Guard approved maritime instructor. He has been a Coast Guard accepted maritime instructor for the Commercial Fishing Vessel Training programs in North Carolina and South Carolina and FCC examiner through the Electronics Technicians Association (ETA) since 1994. Captain Herman is an official lightkeeper of Thomas Point Light House on the Chesapeake Bay of Maryland and is a Marine Surveyor, residing with his wife, Shirley, in Wilmington, N.C. (2008, hardcover, 110 pages)
×