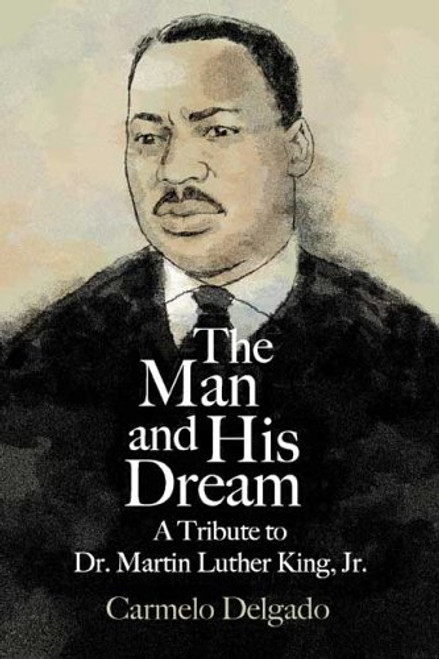 by Carmelo Delgado In this compelling collection of poetry, The Man and His Dream, Carmelo Delgado honors the late Martin Luther King, Jr., although the poet has dreams of his own. Delgado brings to light the misunderstood soul of the migrant who takes the risk to make his hopes come alive. He brings to life the poor, disenfranchised, broken homes and ghetto themes, along with powerful images of war and peace. This melancholy is beautifully counterbalanced by his hope-inspired dreams of children, Tug McGraw on the baseball field, and the joy of a newborn baby, as these poems pay tribute to Martin Luther Kings message of peace and equality, but most importantly, to those who dare to dream. ABOUT THE AUTHOR Carmelo Delgado was born in Collores de Humacao, Puerto Rico, on April 28, 1934. When he graduated from the ninth grade, his parents sent him to New York City so that he would get a job and become a man. At the age of twenty-seven, he enrolled in evening high school, obtaining his academic diploma 3 years later. Thereafter he enrolled in the City University of New York, where he received his bachelor of arts degree, the first person from his family to do so. A few years later, he received a masters degree in public administration from John Jay College of Criminal Justice of New York. He moved to Florida, where he married Iris, a high school Spanish teacher, in 1993. They live in Brooksville. Delgado began writing poetry as a young boy. Until now, he kept his writings in an old briefcase, reading them only to friends and family. (2006, paperback, 54 pages)

The Many Shades of Indigo

The Man's Rules of Marriage