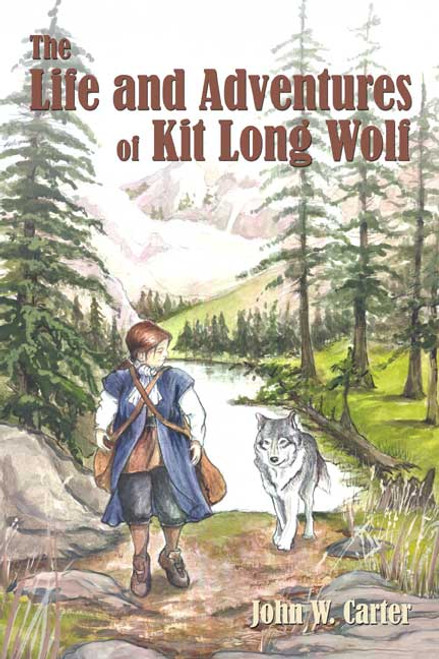 by John W. Carter The Life and Adventures of Kit Long Wolf traces nearly four decades of the life of an early Irish immigrant and his adopted tribe. When the narrator, Kit, stows away on a ship bound for America at the age of fourteen, he is armed only with his own determination and the practical skills and education instilled in him by his grandfather. Striking off on his own he must rely on his wits and perseverance to survive. When Kit is captured by a Native American hunting party led by Big Bear, they take him back to their village, believing his is big medicine. Mutual respect gradually develops as they learn from one another in the face of challenges both mundane and extraordinary, and Kit becomes blood brother to the tribe, eventually marrying the chiefs daughter and becoming the medicine man as The Life and Adventures of Kit Long Wolf unfolds. ABOUT THE AUTHOR John W. Carter was born in 1932 in the mountains of South Pittsburg, Tennessee. He enlisted in the Tennessee National Guard and was called to active duty during the Korean War. After being discharged in 1952, Mr. Carter moved with his first wife, Irene Haynes, to Orlando, Florida, where they raised two children, Charlene and John. His work experiences ranged from welding to land surveying and included helping to lay out four launch pads at Cape Canaveral. He started Pinrod Ornamental Iron, closing his successful business after more than thirty years to return to Tennessee where he became a self-taught landscape painter. Widowed in 1997, Mr. Carter married Lois D. Havener in 1999. (2006, paperback, 70 pages)
×

The Misadventures of Suki: A Whole New Life